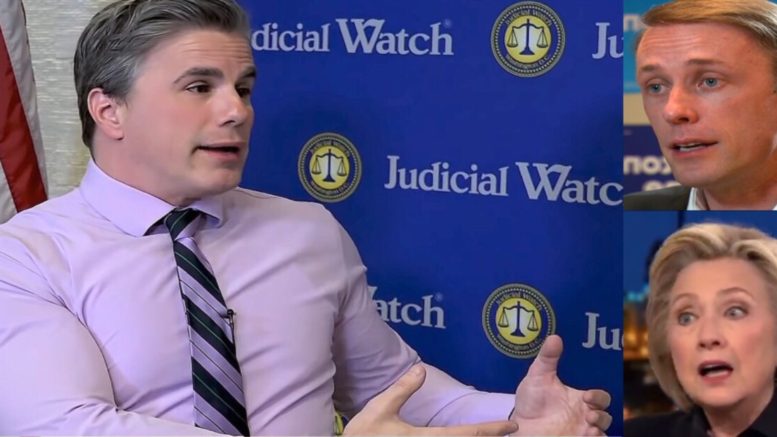 Judicial Watch is fighting for the American people and continues to do the heavy lifting exposing the truth. While Democrats continue their dirty charades against a sitting President and scheduling hearings with anyone associated to Trump– in their search to “find crimes”, Judicial Watch is getting to bottom of real corruption that the mainstream will cover up and bury.

In March, Judicial Watch announced a schedule of depositions of senior Obama-era State Department officials, lawyers, and Clinton aides who have been ordered by the court to provide answers under oath to Judicial Watch’s questions about the Benghazi and Clinton email scandals.

On Wednesday, Judicial Watch released a new press release of the transcript of a court-ordered deposition of Jacob “Jake” Sullivan, Hillary Clinton’s senior advisor and deputy chief of staff when she was secretary of state.

In the transcript, Sullivan admits that both he and Clinton used her unsecured non-government email system to conduct official State Department business.

Judicial Watch’s court-ordered discovery centered upon whether Clinton intentionally attempted to evade the Freedom of Information Act (FOIA) by using a non-government email system and whether the State Department adequately searched for records responsive to Judicial Watch’s FOIA request, reported JW. (Continued Below)

According to the press release, Sullivan admitted that he had used his personal Gmail account at times for State Department business but denied that he had sent classified information to Secretary Clinton’s unsecured personal system.

After Judicial Watch pointed out that on January 26, 2010, Sullivan sent a classified email with the subject line “call sheet,” Sullivan testified: “When I sent this email, my best judgment was that none of the material in it was classified, and I felt comfortable sending the email on an unclassified system. The material has subsequently been upclassified but at the time that I sent it, I did not believe that it was classified.”

The press release goes on to state that Sullivan said in the deposition that he had not been concerned about Clinton’s use of a non-government email account because it was not part of his job: Like Secretary Clinton has said herself, I wish she had used a State Department account. It wasn’t really part of my job to be thinking about Secretary Clinton’s emails so I don’t think I sort of fell down directly in my job, but do I wish I had thought of it during the time we were at State. Of course. I mean, what human being at this point wouldn’t have thought of that? (Continued Below)

Swamp Drain reached out to JW to find out if video of the depositions will be made available to the public but we didn’t receive a response.

However, in their press release, we got an answer. Judicial Watch confirmed that a video of the Sullivan deposition exists but is under seal after the Justice Department and State Department, which opposed any discovery, objected to their public release. The court denied release of the video depositions for now and left the door open for reconsideration.

[T]he Court does not foreclose future releases of audiovisual recordings – in this or other cases. Judicial Watch may move to unseal portions of these recordings relied upon in future court filings. So too may it use the video recordings at trial, consistent with the Federal Rules of Evidence, per JW.

(Related: Fitton Discloses Proof Of A ‘Clinton Coverup Operation’ That Was Investigated By The FBI)

“A federal court wants answers on the Clinton email scandal and Mr. Sullivan is one of many witnesses Judicial Watch will question under oath,” said Judicial Watch President Tom Fitton. “It is shameful that the Justice and State Departments continue to try to protect Hillary Clinton and the Obama administration on the email scandal.”

U.S District Court Judge Royce Lamberth ordered Obama administration senior Judge Royce C. Lambert officials, lawyers, and Clinton aides, as well as E.W. Priestap, to be deposed or answer written questions under oath. The court ruled that the Clinton email system was “one of the gravest modern offenses to government transparency.” (Continued Below)

Last month, Swamp Drain reported JW’s press release where they revealed that a senior FBI official admitted, in writing and under oath, that the agency found Clinton email records in the Obama White House, specifically, the Executive Office of the President.

E.W. (Bill) Priestap, assistant director of the FBI Counterintelligence Division, made the disclosure to Judicial Watch as part of court-ordered discovery into the Clinton email issue.