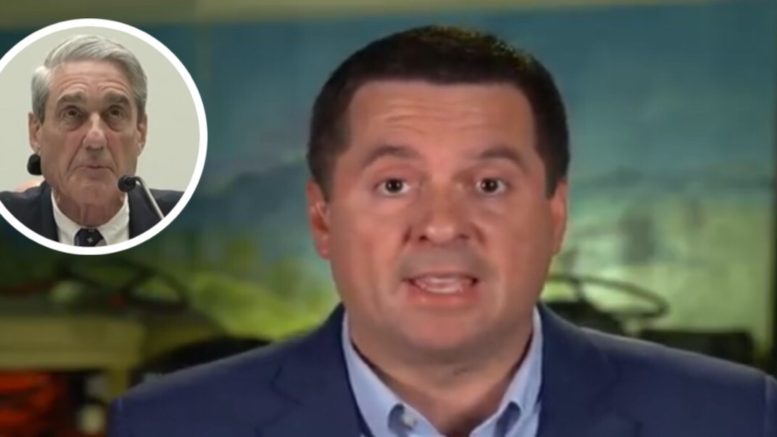 Nunes wants to know exactly who he was working for when he spoke with former Trump adviser George Papadopoulos.

As reported by Fox News, it has long been suggested that Mifsud was connected to Russian intelligence. But Nunes, in a Friday letter obtained by Fox News, questions that assumption, saying Mueller’s report “omits any mention of a wide range of contacts Mifsud had with Western political institutions and individuals.”

Nunes’ letter is addressed to Secretary of State Mike Pompeo, Central Intelligence Agency Director Gina Haspel, National Security Agency Director Paul Nakasone and FBI Director Chris Wray. It asks them to hand over all information they have on Mifsud by May 10 for documents related to the professor, who has been in hiding since October 2017, when he was named in Papadopoulos’s court documents.

Mifsud is a crucial figure in the report: Mueller’s report states that Mifsud was the one who told Papadopoulos in April 2016 that the Russians had “dirt” in the form of emails that could damage Hillary Clinton’s 2016 presidential campaign. (Continued Below)

Friday night Nunes spoke with host Sean Hannity where he explained more in detail about his request for docs on Misfud.

“After the Mueller report, which I call the ‘Mueller dossier’ came out, I said that we were going to comb through it. One of the first things that we found is they used a news report, a ‘Guardian’ news report, to claim that the link campus was a place where Mifsud had worked.” Nunes said.

“What they failed to say in that same report is that Misfud was actually related to Italian intelligence services. So, if you’re Mueller, you don’t get to just report part of what you want in the story, you have to put the entire piece before the American people. He didn’t do that, so we’re calling him out. This is not how investigations are supposed to be run.” The California Congressman stated. (Continued Below)

Nunes said that Misfud is connected with “all kinds of agencies” including the FBI, and in the letter below it shows pictures with FBI agents at the link campus where professor Misfud teaches at.

“We want to know every document that these agencies have related to Misfud because if he is, in fact, a Russian agent, this would be one of the biggest intelligence scandals for not only the United States but also our allies, like the Italians and the Brits and others. Because if Misfud is a Russian agent, he would know all kinds of our intelligence agents throughout the globe.” Nunes explained.

He noted one of the things he pointed out in his letter that the “Mueller group” claims that Papadopolous misled them, but Nunes said if that really happened Mueller’s team couldn’t talk to Misfud “supposedly” until January or February of 2017.

“How do they know to ask Papadopolous all through 2016 whether or not he [has] seen the Russian emails, or whether he knows about Russian emails? The only way that’s possible is that had to come from Misfud, someway, somehow. Who’s Misfud working for, I don’t know,” Nunes asked. “We need to see what exactly was the relationship between Misfud and our FBI, Misfud and our State Department.”

He also believes there were more spies planted in the Trump campaign and he wants to know how many, adding that he’s going to get the answer for the American people. (Video Below)

(Related: Papadopoulos Details His Meeting With A Spy Activated By Obama’s Administration: ‘I Think She Was CIA’