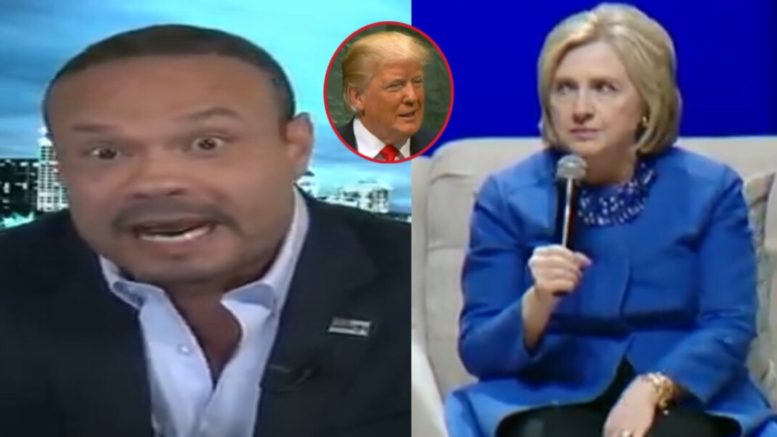 Hillary Clinton still cannot accept the fact that she lost the presidential election in 2016 to Donald Trump and continues to go around the country with bitterness, rage, and spewing conspiracies.

Speaking at a Los Angeles event on Saturday, Clinton claimed that her election was “stolen” from her. This is coming from a woman who actually said it was a “direct threat to our democracy” to question the results of an American election.

Taking the stage with her husband Bill in Los Angeles Saturday night as part of the couple’s “Evening with the Clintons” tour, the former Democratic presidential nominee told the crowd she has been warning potential candidates they could suffer the same fate, reported Fox News.

“I think it’s also critical to understand that, as I’ve been telling candidates who have come to see me, you can run the best campaign, you can even become the nominee, and you can have the election stolen from you,” Hillary Clinton said.

“Is there a politician with more temerity anywhere than Hillary Clinton? This is the equivalent of robbing a bank and complaining because the teller gave you $50’s, instead of $100’s.” Bongino said. (Continued Below)

Bongino didn’t stop there and said, “Hillary Clinton’s team, literally, not figuratively, literally is the most overused word in the English language, [but] not in this case….”

“[Clinton] literally paid foreign spies to gather information from Russians to use to attack Donald Trump in the FISA court during the campaign and she’s now complaining that the election was stolen from her?” He asked. “I mean the gall! The nerve on Mrs. Clinton…”

Bongino stated that he wished that more networks would stick to the facts of this case and start asking the questions about the real collusion. (Video Below)

“Why did Hillary’s team collude, with Russian intelligence, to feed information to our law enforcement? It’s a simple question,” Bongino wondered.

(Related: Hillary Clinton Breaks Her Silence On The Mueller Report, Says Trump Should Have Been ‘Indicted’)