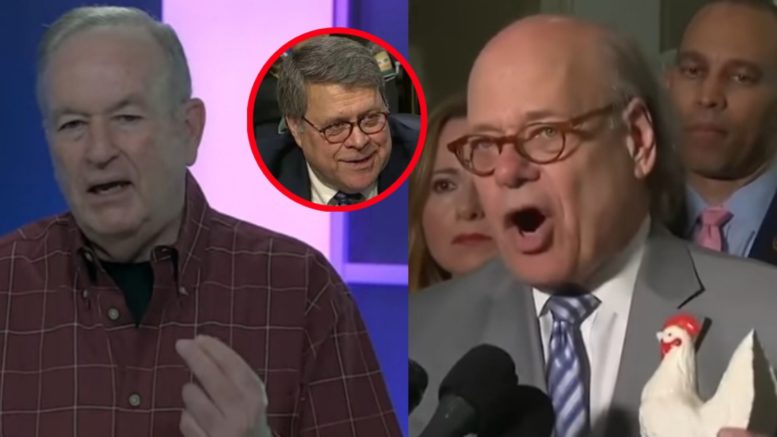 Further, the President pledged to fight “all the subpoenas,” arguing his cooperation with special counsel Robert Mueller’s investigation into Russian election interference was sufficient.

President Trump on Friday explained that he had been adequately transparent with Mueller so as to dispel the need for further cooperation.

Bill O’Reilly weighed in on the President’s possible use of executive privilege as the Mueller drama continues among Democrats.

O’Reilly explained that Democrats will find a way to continually peddle the Mueller drama, further using their surrogates such as the media and left-wing news sources.

Then he revealed how the Attorney General may be on the verge of getting revenge.

“Michale Horowitz, the Inspector General of the Justice Department, finally is going to release his report on how the FBI and other agencies investigated Russia collusion and Hillary Clinton emails.” O’Reilly pointed out. (Continued Below)

O’Reilly noted that Joe diGenova believes with 100% certainty that there will be criminal referrals in the Inspector General report.

(Related: DiGenova Foresees What Will Be In The Mueller Report & Reveals What Is To Come Amid IG Report)

He further explained, “The Democrats’ strategy is [to] diminish Barr and put Barr in a position that if he does charge James Comey for example, that the Democrats can turn around and say, ‘Oh, you didn’t charge President Trump with obstruction…. how can you charge anyone else?’ That is the game they’re going to play.”

O’Reilly believes that their “game” is not going to work, because Mueller himself, didn’t charge the President or suggest charges through obstruction. (Video Below)