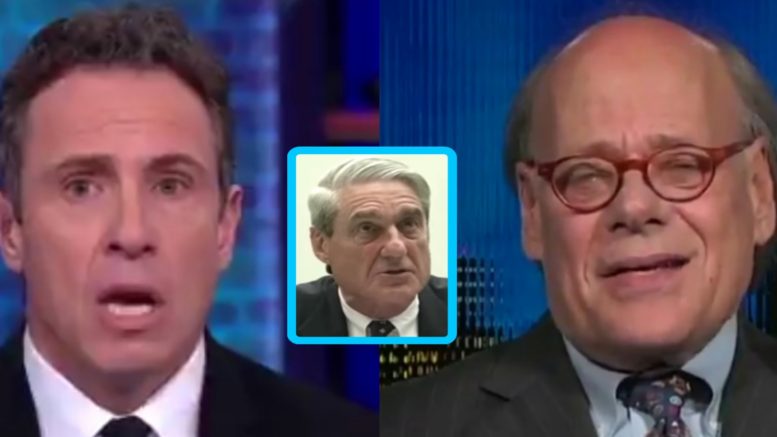 President Trump’s remarks came after it was announced that Mueller and members Congress reached an agreement for a hearing tentatively scheduled for May 15.

When asked by Cuomo what it’s going to take to make Mueller’s appearance become a reality, Cohen replied that the committee is using the “best evidence rule” as reason to bring Mueller before the committee.

Cohen referred to Mueller’s letter to Attorney General William Barr, and implied that the letter voiced concern that Barr’s summary of Mueller’s findings didn’t reflect the actual report. And he wants to hear what Mueller has to say about it.

Rep. Cohen then went on to say that the committee is doing all it can to make sure Mueller appears this month, but didn’t sound optimistic that it will happen. Video Below

Cuomo asked, “Why wouldn’t it happen? Who can stop it?” Cohen replied the DOJ can stop it since Mueller is still an employee of the Justice Department until, at least, the end of May.

With that said, Cohen suggested that Mueller should resign before the end of the month so he can testify to Congress. He said, ‘I’d suggest the he resign, and then be able to be free to testify, although there would be certain matters that he can not testify to that were redacted and privileged.” Video Below

Trump doesn’t want Mueller to testify b/c he knows the #MuellerReport doesn’t say “no #obstruction.” It says DOJ policy prevented Mueller from making a decision. Nearly 500 former federal prosecutors have signed a letter saying that without that policy, Trump would be indicted. pic.twitter.com/OmOn7YfWCV