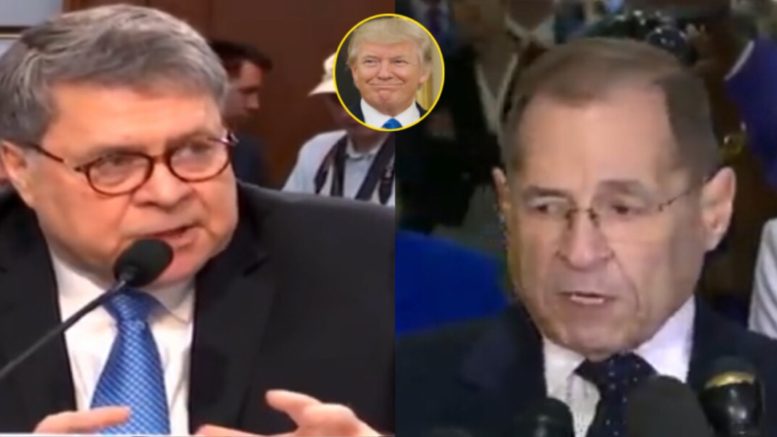 The House voted 24 Democrats to 16 Republicans on Wednesday, that will now move to a second vote in the House later in the month.

As reported by Fox News, Nadler’s committee voted along partisan lines to hold Barr in contempt on Wednesday and angered the White House by not delaying the vote. At the same time, the president invoked executive privilege — refusing to comply with Congressional subpoenas.

“Attorney General Barr, having proved himself to be the personal attorney to President Trump, rather than the Attorney General of the United States, by misleading the public as to the contents of the Mueller report twice by not being truthful with Congress,” Nadler suggested. “And now, he’s taken it a much greater step farther, and turning the entire Department of Justice into an instrument of Trump personally, rather than an instrument of justice and representative of the United States.”

He also accused the White House of “stonewalling” the American people and attacking “the essence of our democracy.”

“They are uniformly rejecting subpoenas from Congress. This means that they have decided to oppose the role of Congress as a coordinate branch of government representing the American people,” Nadler said. (Continued Below)

“We cannot have a government where all the information is in the executive branch– where the American people and the Congress are stonewalled as to the information that they need to make decisions and to know what’s going on,” Nadler continued.

“We’ve talked for a long time about approaching a constitutional crisis, we are now in it,” Nadler claimed.

Fox News reported that when asked why he didn’t pursue impeachment proceedings, he said that it may “not be the best answer in this constitutional crisis.” (Continued Below)