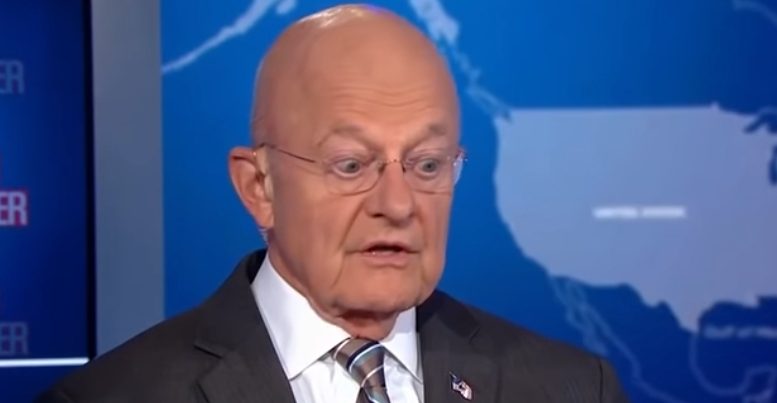 However, in a recent interview with CNN’s Wolf Blitzer, Clapper admitted that the word “spying” has a dictionary definition that would fall in line with what is alleged to have occurred in the months leading up to the 2016 election and after.

Clapper’s statement comes coincidentally after FBI Director Christopher Wray insinuated that the FBI did not spy, which splits from Attorney General Barr’s opinion.

Related Article: Bongino Reacts After Wray Disagrees With The Use Of The Word ‘Spying’: ‘He Showed Us All His True Colors’

Clapper said, “Using undercover agents is a standard and legitimate technique that is widely used in investigations. That technique has been used to thwart a lot of counter-terrorism plots in this country.”

He said there are protocols in which an agent should be used, which he believes to be the case in terms of Trump’s 2016 campaign. Video Below

He was then asked by Blitzer if it was spying that happened to Trump’s 2016 campaign.

Clapper responded, “Well, yea, I guess it meets the dictionary definition of …surveilance or spying, a term I don’t particularly like.”

He added, “It has a negative connotation of a rogue operation not in control, not in compliance with the law. And that’s not the case at all.” Video Below