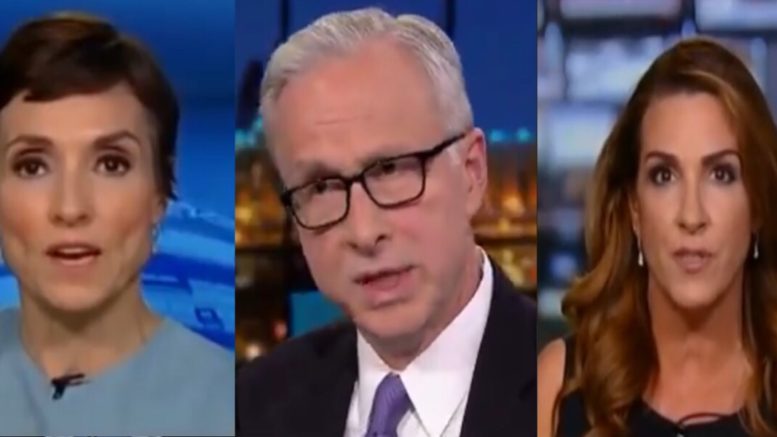 On Friday, Former FBI counsel James Baker, defended the FBI’s “spying” of a former Trump aide during the 2016 campaign, as the inspector general, Michael Horowitz’s investigation into that matter is set to wrap up.

Baker was quizzed at a forum organized by Brookings Institution about the FBI’s application for a Foreign Intelligence Surveillance Act (FISA) warrant against Trump aide Carter Page in 2016 and the use of an unverified anti-Trump dossier compiled by former British spy Christopher Steele in the application for the warrant, reported Fox News.

Republicans have alleged that the dossier was a central source for the warrant and that agents did not properly disclose the dossier was funded by the Democratic National Committee (DNC) and the Hillary Clinton presidential campaign. Baker was asked Friday why the reference to where the dossier originated came in a footnote rather than in “big red magic marker,” per Fox News.

“Nobody is going to miss a page-long footnote in regular type, OK?” Baker responded. “These are federal judges for goodness’ sake, they know how to evaluate wiretap applications.”

“[The information] was consistent with the type of information and the way we would phrase things to basically, effectively be the red light on top of a document like ‘hey court pay attention to this, there are issues here, we think you need to know about these things,’” he said.

In January, it was revealed that Baker was under federal investigation for allegedly leaking to the media. Asked if he was nervous about Horowitz’s investigation, Baker said “I’m always nervous about the IG I guess” but said he has had a good relationship with the IG’s office for decades and has confidence in the decisions he made and welcomed the accountability. “I’m confident in the judgments I made at the time based on the information I have available to me,” he said. (Continued Below)

Chief Intelligence correspondent, Catherine Herridge, said on Friday, “The National Security Court was not explicitly told of the DNC and Clinton connections to the anti-Trump dossier. Today the FBI’s former top lawyer said the bureau provided the court with sufficient warning.”

“Senators Johnson, Grassley and Graham write the State Department official Kathleen Kavalec’s notes showed the opposition research firm, Fusion GPS, led by Glenn Simpson and Peter Fritsch, were deeply involved. Steele and possibly others were ‘keen to see this information come to light before the election’. On October 13 2016, just 3 weeks before the election, Kavalec sent [an] email, but the publicly released version has been redacted, the attachment, the subject, as well as the recipient.” Cathrine reported. (Continued Below)

Investigative reporter, Sara A. Carter weighed in Kathleen Kavalec’s handwritten notes pertaining to her meeting with Christopher Steele and expressed, “I think these documents are incredible; they really lay out the case with the FBI.”

“What is happening now, with James Comey, the former FBI Director, James Baker, the former General Counsel, Andy McCabe, and all these others… they’re trying to gaslight. They are trying to make everyone think like they’re crazy for thinking that these folks had spies inside the campaign, that they were trying to set up Trump, which is exactly what they were doing,” Carter said.

“If you just look at the facts, which is what the Attorney General is going to be looking at, the facts, and Michael Horowitz.” Carter noted, “They lay out a very strong case– that the FBI and those people within the FBI were working on the investigation into President Trump. They had enormous knowledge of what was going on, and they violated the rules set under the FISA court. They are going to have a lot to answer for.” (Video Below)

Love how Comey and Baker trying to get out there ahead of FISA report. But sorry, boys. Barr doesn’t give a rip about public opinion. If you broke the law, and I’m pretty sure you did, prison is a real possibility. https://t.co/5fGFQTGbk8