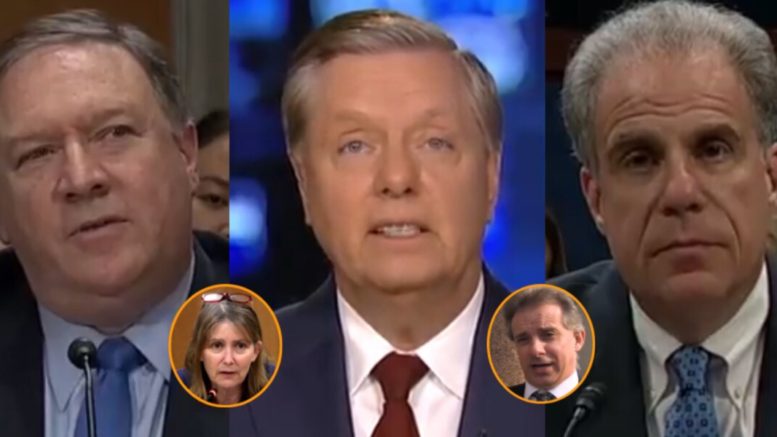 According to a Senate Judiciary press release, it was recently revealed through a Freedom of Information Act request that Steele met with then-State Department official Kathleen Kavalec ten days prior to the issuance of the initial Carter Page FISA warrant and told her that he was “keen to see this information [the dossier] come to light prior to November 8,”  the date of the 2016 presidential election.

“This important information further demonstrates the bias of the primary source of material that was the basis for the Carter Page FISA warrant,” Senator Graham wrote.

Graham’s letters to Pompeo and Horowitz come after Attorney General William Barr said the DOJ will continue to investigate how the FBI obtained FISA warrants to spy the Trump campaign during the 2016 presidential election.

Barr said during a recent hearing that he believes Horowitz’s investigation into the FISA warrant issue could wrap up as soon as May or June. (Continued Below)

In an interview Tuesday, Chairman Graham told Fox News’ Sean Hannity that Special Counsel Robert Mueller’s investigation is “case closed” but the origins of the probe need to be looked at as thoroughly as the FBI’s investigation of President Trump.

“Somebody needs to look at this like they looked at Trump,” Graham said. “We have got to get to the bottom of it and make sure it never happens again.”

Graham said the FISA warrant to wiretap former Trump campaign aide Carter Page was issued on the basis of the claims made in ex-British spy Christopher Steele’s unverified dossier and would not have been granted otherwise. Graham and Hannity questioned why Mueller didn’t investigate further into the origins of the Steele dossier, and when exactly he became aware that there wasn’t evidence of collusion, per Fox News. (Video Below) 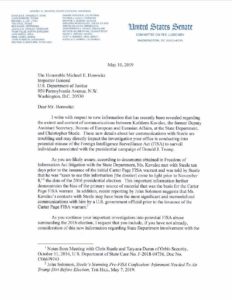 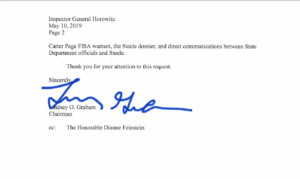 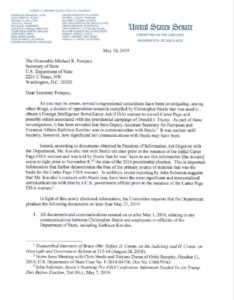 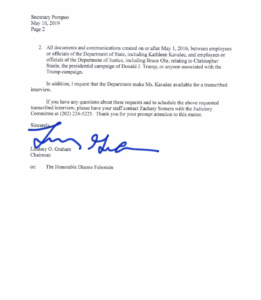