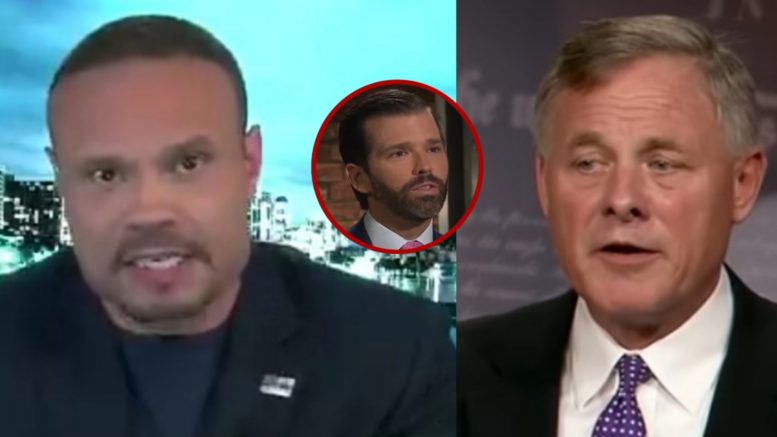 Bongino thinks it’s ridiculous that the Senate committee is seeking more answers when Don Jr. already provided several hours of testimony, and they have an over 400 page Mueller report that can be referred to.

Bongino began by saying that Don Jr. should tell the committee to “go pound sand.”

He then gave his take on what he thinks is really going on with the decision to subpoena Don Jr. Video Below

Bongino said Richard Burr, the head of the Senate Intel Committee, is “weak.”

“He’s always been weak,” Bongino said. “He’s not a conservative, he’s a fake Republican. That committee is really run by Mark Warner, the Democrat.”

With that said, he theorized that the committee wants Don Jr. there to “keep the hoax alive” because they’re afraid of what will be in the IG report. Video Below

The witch hunt not stopping with the President. Now his son is facing a subpoena. @dbongino joined me to discuss: pic.twitter.com/Ftke2JgHK8