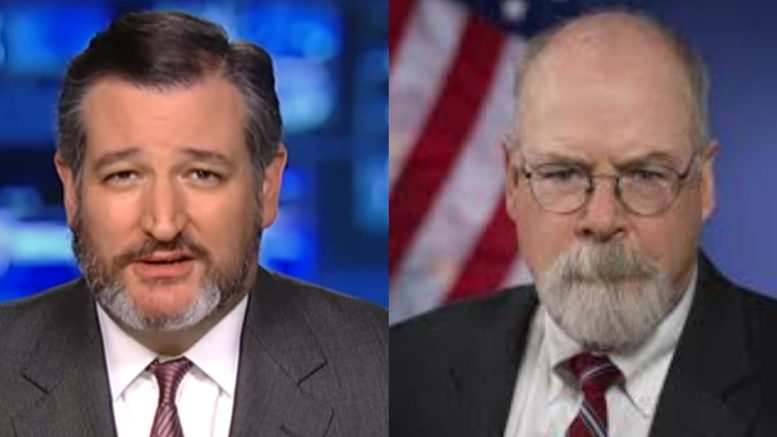 While joining Sean Hannity on Monday, Ted Cruz reacted to the Attorney General William Barr’s decision to appoint John Durham as special prosecutor to investigate the origins of the probe into President Trump’s 2016 campaign.

Cruz began by stating that he is glad that Barr made the decision to appoint Durham because he has been troubled by the prospects of the intelligence community being used as a political weapon to target adversaries. And he feels there should be “accountability.”

“Who signed off on it?,” he continued. “Was it Loretta Lynch? Was it John Brennan? Was it Joe Biden? Was it President Obama himself? That kind of accountability we need to know and the public deserves answers.”

Related Article: Gowdy Advises Where To ‘Look’ After Barr Assigns Durham To Investigate: ‘Look For Emails Between Comey & Brennan in Dec 2016’

Cruz went on to say, “But there’s also very deliberately an effort to destroy evidence, an effort to smash phones with a hammer, using bleach bit…to erase hard drives.”

He said such conduct relates to a “guilty conscience trying to hide criminal conduct.”