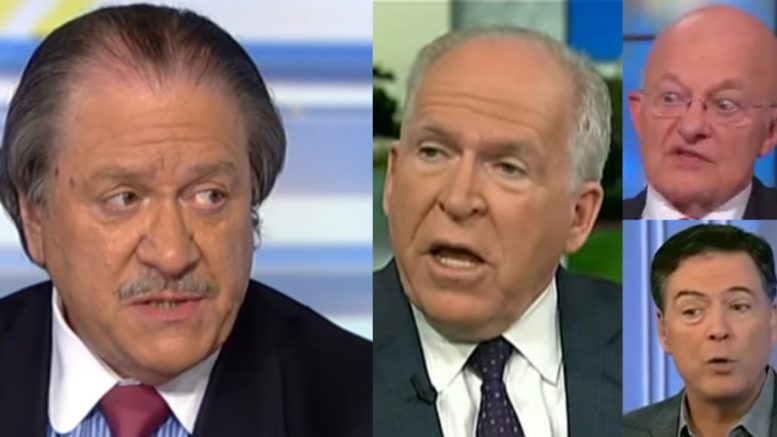 Joe diGenova joined Laura Ingraham on Tuesday to give his take in regards to Barr’s appointment of John Durham to investigate Russia probe origins.

DiGenova revealed that Durham has actually been working on things for roughly two months, has already assembeled a grand jury and has already gotten ahold of some documents related to the investigation.

With that known, diGenova does not think the prospects are looking good for John Brennan, James Comey and Jim Clapper. He said, “James Comey, Brennan and Clapper have said to themselves, ‘Which one of us is going to pay the Barr bill?'”

“The Barr bill is coming due,” diGenova continued. “And Durham’s appointment means the already concurred meetings between the Attorney General, the CIA Director and the Director of National Intelligence have now focused on a laser that the core of this conspiracy began with John Brennan and ends with John Brennan in London and D.C. and the Democrat National Committee.”

DiGenova declared that “this is very serious business.” He added, “For the first time, I believe some of these guys are gonna go to prison.” Video Below

And if Durham’s investigation isn’t enough for former Obama officials to worry about, diGenova disclosed more on what he knows about Inspector General Michael Horowitz’s findings.