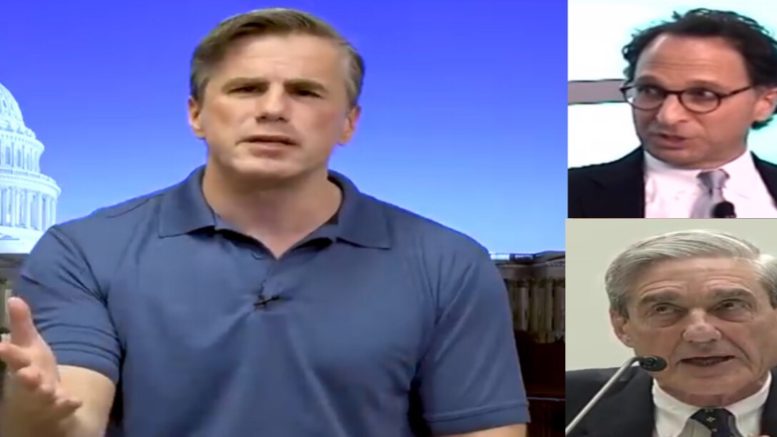 President of Judicial Watch, Tom Fitton, tweeted a press release on Tuesday where he disclosed that Judicial Watch obtained documents that prove Mueller’s team was, in fact, Democrats, just as President Trump said all along: “13 Angry Democrats”.

The press release shows that Andrew Weissman, Mueller’s pit bull, was the ring leader in the hiring process for Mueller’s team. Weissmann was formerly the Obama-era chief of the Justice Department’s Criminal Fraud Section.

According to the Judicial Watch, the U.S. Department of Justice released 73 pages of records obtained through the Freedom of Information Act (FOIA) containing text messages and calendar entries of Mueller special counsel prosecutor Andrew Weissmann showing he led the hiring effort for the investigation that targeted President Trump.

As reported by JW, Weissmann’s calendar entries provided to Judicial Watch start in May 2017, even though the lawsuit sued for records going back to 2015. The few text messages produced by the DOJ did not specify the year sent or received.

Weissman’s calendar shows that he began interviewing people for investigator jobs on the Mueller operation almost immediately after it was announced that he had joined the team in early June.

Weissmann, an anti-Trump activist, had a hand in hiring key members of Mueller’s team – who also happened to be political opponents of President Trump,” stated Judicial Watch President Tom Fitton. “These documents show that Mueller outsourced his hiring decisions to Andrew Weissmann.” (Continued Below)

Here are few listed in the press release from Judicial Watch:

On June 5, 2017, he interviewed former Chief of the Public Corruption Unit of the U.S. Attorney’s Office for the Southern District of New York Andrew Goldstein. Goldstein was a Time magazine reporter. Goldstein contributed a combined $3,300 to Obama’s campaigns in 2008 and 2012. His wife, Julie Rawe, was a reporter and editor for Time for 13 years, until 2013. He became a lead prosecutor for Mueller.

The next day, on June 6, 2017 Weissmann had a meeting with “FARA [Foreign Agents Registration Act] counsel.”

Weissmann interviewed another prosecutor, Kyle Freeny, from the DOJ Money Laundering Section for the team on June 7, 2017. She contributed a total of $500 to Obama’s presidential campaigns and $250 to Hillary Clinton’s. She was later detailed to the Mueller investigation.

He interviewed a trial attorney who worked with him in the Criminal Fraud Section, Rush Atkinson, on June 9, 2017. Records show that Atkinson donated $200 to Clinton’s campaign in 2016. He is a registered Democrat and contributed $200 to Hillary Clinton’s 2016 campaign. Atkinson also became part of the Mueller team.

Weissmann interviewed DOJ Deputy Assistant Attorney General Greg Andres for the team on June 13, 2017. Andres donated $2,700 to the campaign for Sen. Kirsten Gillibrand (D-N.Y.) in 2018 and $1,000 to the campaign for David Hoffman (D) in 2009. Andres is a registered Democrat. His wife, Ronnie Abrams, a U.S. district judge in Manhattan, was nominated to the bench in 2011 by Obama. He joined the Mueller team in August 2017.

Tom Fitton’s official tweet dropping the news and video below:

These docs show Andrew Weissmann, an anti-Trump activist, had a hand in hiring key members of Mueller’s team – who also just happened to be political opponents of President @RealDonaldTrump. https://t.co/jWtlyezqZs

(Related: JW Sues For Records On Obama Ambassador & A List Of 24 Individuals Connected To The Dossier)