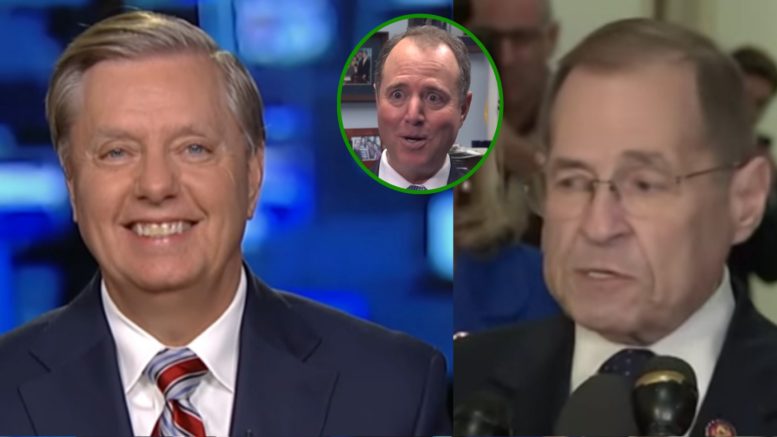 Senator Lindsey Graham was met by sharp criticism from the left after suggesting Donald Trump Jr. should ignore the subpoena handed down by Senator Burr of the Senate Intel Committee.

Graham joined Hannity to shed a little more light on why he took that stance. While doing so, he took a couple of jabs at those on House oversight committees, including Jerry Nadler and Adam Schiff, for continuing their harrassing efforts towards the President, his family and his lawyers.

Graham began by reiterating how expansive the Mueller probe was and how he thinks all investigations into President Trump him should have ended there. Not doing so is dangerous, according to Graham, and now we have the members of the legislative branch trying to act like special counsels.

Graham said, “The last thing you want is 535 special counsels.” He went on to say Richard Burr is a good friend of his and he expects he’ll put out a good report on their findings in relation to Russia’s involvement in our election. But Graham is most worried about “When’s enough, enough?”

He then mentioned how 2 people on the Senate committee are running for President, want Barr impeached, want Graham to resign from his post, and they think “Brett Kavanaugh was Bill Cosby in high school.” To put it simple, Graham said, “These people are going nuts.”

Graham then fired shots at House intel committees for trying to be prosecutors, specifically targeting Jerry Nadler and Adam Schiff in light of their latest demands.

Graham declared, “Nadler is gonna get Trump re-elected more than any other person on the planet. Schiff is a close second.”