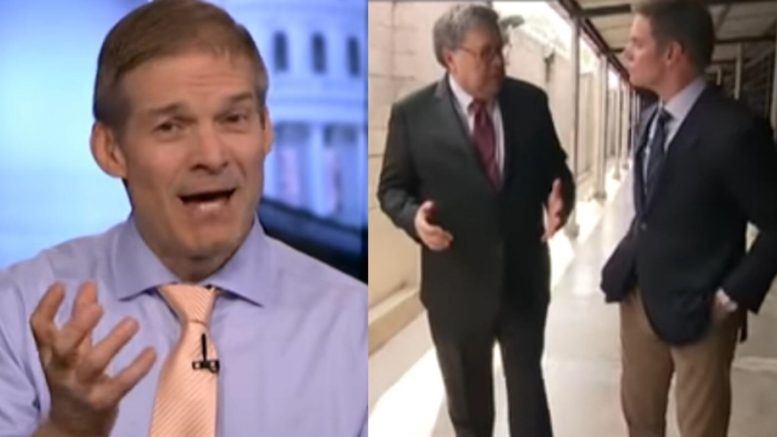 The Attorney General has made good on his promise and appointed U.S. Attorney John Durham to investigate the origins of the Russia investigation to determine if the FBI’s “spying” on the Trump campaign in 2016 was adequately predicated.

“I am reviewing the conduct of the investigation and trying to get my arms around all the aspects of the counterintelligence investigation that was conducted during the summer of 2016,” Barr said.

During his interview with Hemmer, Barr said that Mueller didn’t look at the counterintelligence investigation that took place, nor did he scratch on the Steele dossier. (Continued Below)

“The fact of the matter is Bob Mueller did not look at the government’s activities. He was looking at whether or not the Trump campaign had conspired with the Russians. But he was not going back and looking at the counterintelligence program. And we have a number of investigations underway that touch upon it — the main one being the office of inspector general that’s looking at the FISA warrants,” The Attorney General said. “As far as I’m aware, no one’s really looked across the whole waterfront.”

Asked what Barr will do after the Inspector General releases his report, Rep. Jordan said, “Bill Barr is not just serious, I think he’s very serious. He said in his interview with Bill Hemmer that someone may have put their thumb on the scale, he’s concerned about that. When you take that statement and couple it with what he said 4 weeks ago, in front of the Senate– when he said that he felt there was a failure of leadership at the upper echelon of the FBI, that was certainly the case.”

“[Barr] said that spying did occur, there’s a basis for his concern about the spying that took place, and probably the 4th, and most importantly, he used 2 terms that should scare every American. He talked about unauthorized surveillance and potential political surveillance,” Jordan added. (Continued Below)

Asked about James Comey and if he lied, Jordan said that Comey and Brennan are now pointed at each other.

“We don’t know how this all took place, but we’ve seen some of the text messages. One sort of is blaming the other. Was the dossier part of the intelligence community assessment? Was it not? Who wanted to include it, who didn’t….” Jordan said. “But I think as Bill Barr said ‘there was a complete failure of leadership at the upper echelon of the FBI.”

Jordan laid out reasons why Barr may feel that way and explained “Comey was fired. Andy McCabe Deputy Director fired. [He] lied 3 times under oath according to the Inspector General. Jim Baker, Chief counsel at the FBI, demoted and left, [who is] currently under investigation by the Justice Department. Lisa Page demoted and left. And Peter Strzok, Deputy head of counterintelligence, who ran both the Clinton investigation, [and who] launched and ran the Russia investigation, was demoted, and then, fired.”

“So when he talks about a failure of leadership, that’s a pretty accurate description of what was going on at the top levels of the FBI,” Jordan said. (Video Below)