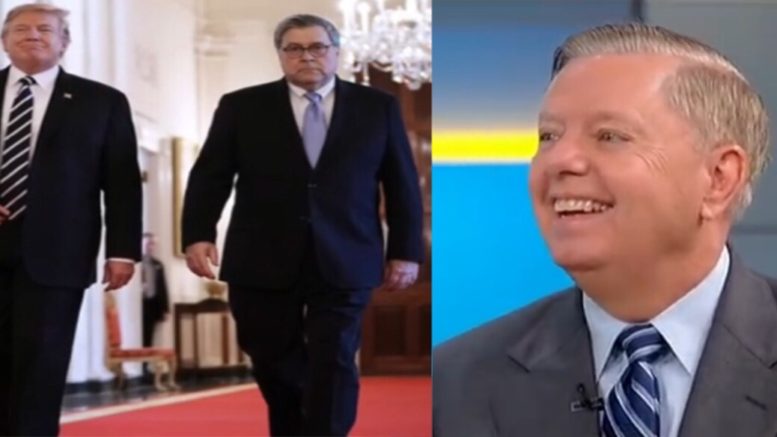 Graham believes that the declassification will contain a lot of information showing the FBI overstepped its authority.

Sen. Lindsey Graham said that declassification is “long overdue” and [Republicans] will be interested in it, but added that “not one Democrat will give a damn.”

The South Carolina Senator pointed out that the people involved had “political motives” who were out to get Trump and help Hillary Clinton. “How do you prosecute her, if you want her to win? The reason she wasn’t charged, I think, is [be]cause they knew if they charged her, she probably wouldn’t win the election. The people in charge had a deep-seated bias for her and against Trump and they ignored stop sign after stop sign because they wanted to get an outcome. The big thing is, they gave [Hillary] a pass,” Graham said.

Graham also cautioned Democrats against embracing impeaching President Trump and noted that “most Americans” think impeaching Trump is “nuts,” but added that impeachment is what all Democrats want to run on. (Continued Below)

He suggested that Speaker Nancy Pelosi is going to lose her job if she doesn’t “embrace impeachment” because the people she’s in charge of have lost their mind when it comes to Trump.

Their nominee will say that Donald Trump needs to be impeached, and that’s why he’s going to win because most Americans think that’s nuts– 53% want to end the Russian investigation,” Graham said. “The President’s done a damn good job on the things that matter to you: keeping you safe, increasing your paycheck, and the best is yet to come.” (Continued Below)

(Related: In A Fiery Speech, Kennedy SLAMS House Dems Impeachment Talk: ‘Urinate Or Get off The Pot’)