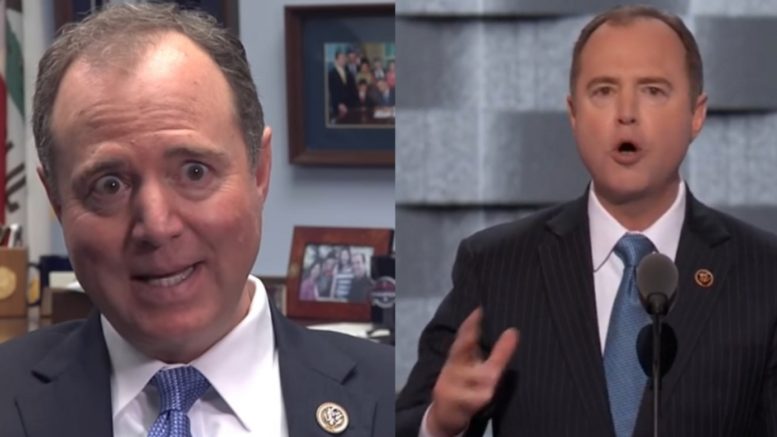 An older tweet by Adam Schiff’s may have just come back to shatter remarks made in a more recent one.

On Thursday, Schiff voiced his opposition to President Trump giving Attorney General the power to declassify information related to the 2016 surveillance of Trump’s campaign stemming from the Russia probe.

In a recent statement, Schiff said, “While Trump stonewalls the public from learning the truth about his obstruction of justice. Trump and Barr conspire to weaponize law enforcement and classified information against their political enemies.”

He then declared, “The coverup has entered a new and dangerous phase. This is un-American.”

However, Daily Wire journalist, Ryan Saavedra, dug up an old tweet from not long after Trump won the 2016 election, that shows Schiff practically begging former President Barack Obama to declassify all documents related to Russia interference gathered by the intel community.

In a tweet dated Decemember 17, 2016, Schiff said, “President Obama can and must declassify as much as possible about Russia hacking our elections. Rest assured, Trump won’t.” See Below 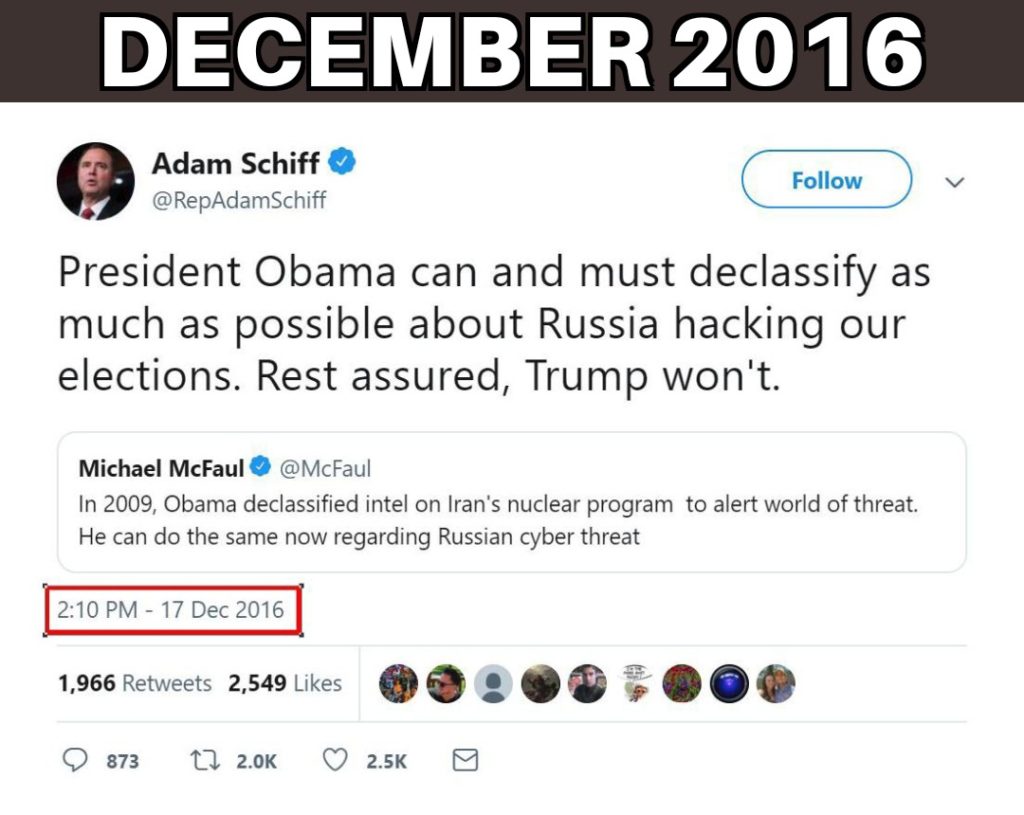 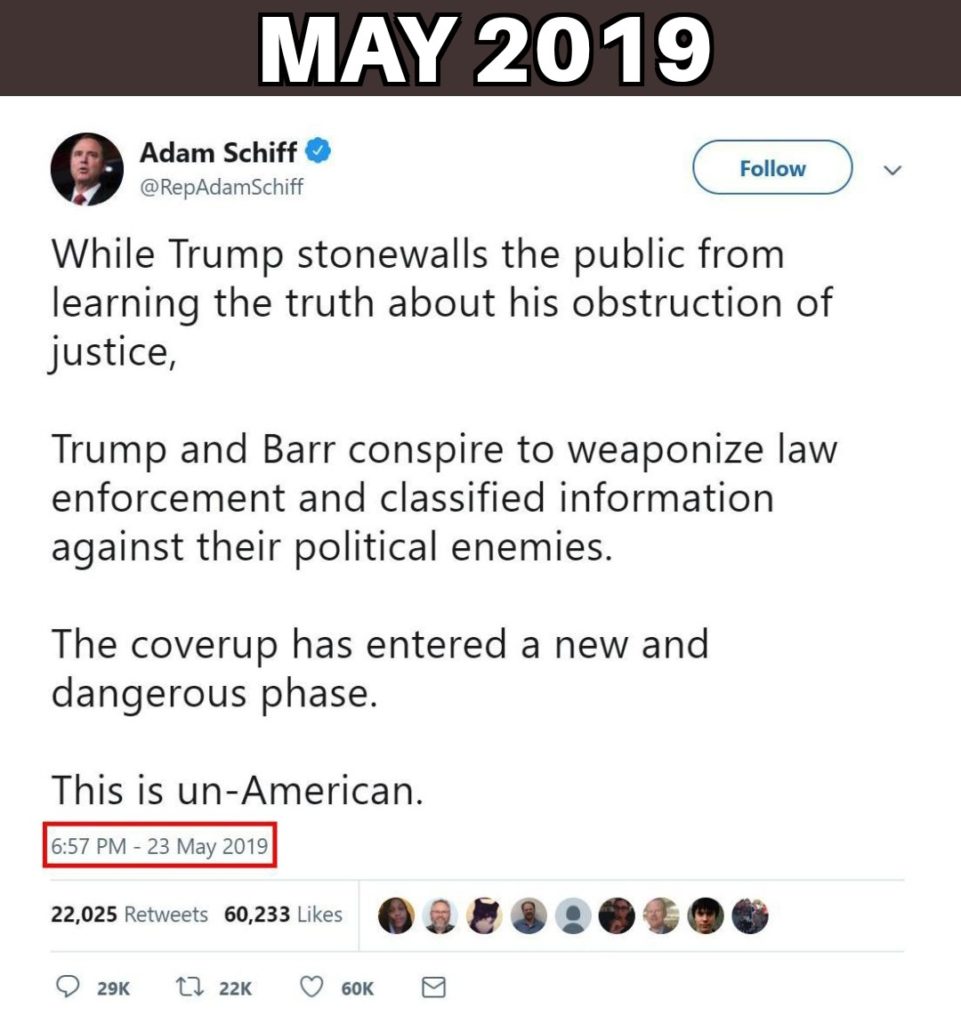 Democrat Adam Schiff in 2016: "President Obama can and must declassify as much as possible about Russia hacking our elections. Rest assured, Trump won't."

Yikes! So is it, or is it not “Un-American” to declassify Russia probe information?

Related Article: Jason Chaffetz Breaks Down Why Democrats Are ‘Scared To Death’ Of Trump’s Declassification Order

In ending, we leave you with video of Fox News summarizing the latest turn of events.