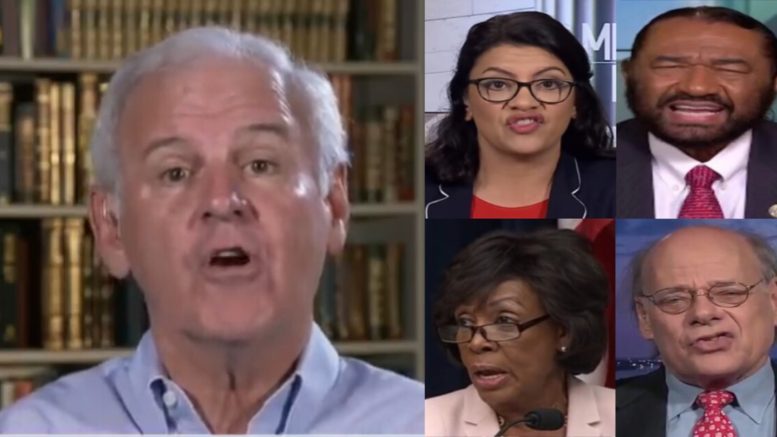 Bryne said the bill would “codify” the recent decision by Attorney General William Barr to appoint U.S. Attorney John Durham to examine the origins of the Russia investigation, including alleged misconduct and alleged improper government surveillance on the Trump campaign in 2016, per Fox News.

“It was a partisan witch hunt from the beginning and we need to get to the bottom of who was behind this and how far up the chain does it go,” said Rep. Bradley Byrne.

He asked, “What did President Obama know and when he did he know it? Let’s have a full investigation of that and lets make sure it doesn’t happen again in the future”, referring to the decision by the FBI to launch a counterintelligence investigation of the Trump campaign and Russia.

Byrne said he believes Democrats are determined to pursue impeachment despite a lack of evidence.

“I don’t know that we can stop the Democrats on this hyper-partisan effort to go after impeachment,” he said, arguing he carefully read the report by Special Counsel Robert Mueller and “there is just no case there.” (Continued Below)

“They are so locked into trying to find anything against this President that they’re willing to get into a partisan witch hunt, and I gotta tell you, I read the report. There’s no witch to this witch hunt,” Bryne said.

(Related: Rep. Tlaib Pushes Harder For Impeachment, Trump Fires Back: ‘Impeach For What?’)

President Trump on Thursday gave the green light to Attorney General William Barr to declassify any documents related to surveillance of the Trump campaign in 2016 and ordered the intelligence community to cooperate with Barr. (Video Below)