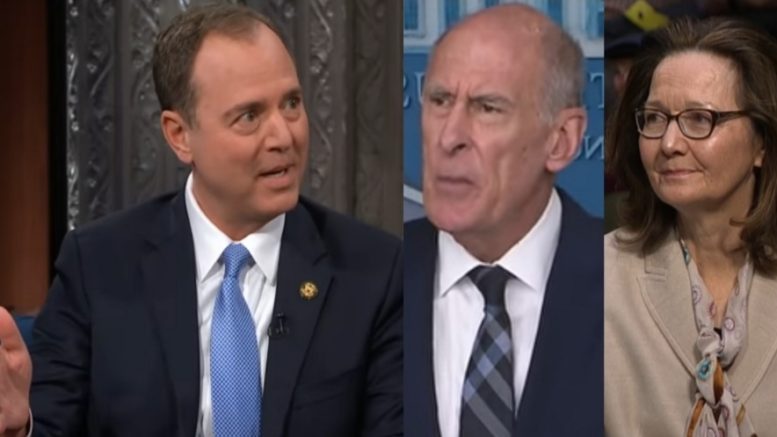 Democrat Rep. Adam Schiff thinks resignations could be coming for two of President Trump’s Cabinet members, if they want to defend the integrity of the agencies they currently oversee.

Schiff’s remarks are an extension of his initial reaction to the President giving authority to Attorney General Barr to declassify Trump/Russia probe documents.

Schiff told The New York Times that he predicts Director of National Intelligence, Dan Coats, and CIA Director, Gina Haspel, will both resist efforts by the White House. And if it comes down to it, they will follow the lead of General Mattis and resign from their posts.

“If it gets to a point they are asked to do things that are unlawful or jeopardize the men and women that work within the I.C., they should speak out, and, if necessary, follow the example of Secretary Mattis,” said Schiff.

His remarks parroted that of former CIA Director John Brennan, who recently urged both Coats and Haspel to “stand up” to the declassification order, during an interview with MSNBC.

In his initial reaction to the declassification order, Schiff declared that Trump and Barr are conspiring “to weaponize law enforcement and classified information against their political enemies.”

He also called Trump’s move “un-American,” although web sleuths uncovered a tweet of Schiff’s from 2 years ago that contradicted his most recent stance on declassifying Russia investigation-related documents. You can read more on that by clicking HERE or the link below.

In ending, we leave you with video of Devin Nunes discussing Schiff and Chris Hahn’s reactions to the declassification order. Video Below