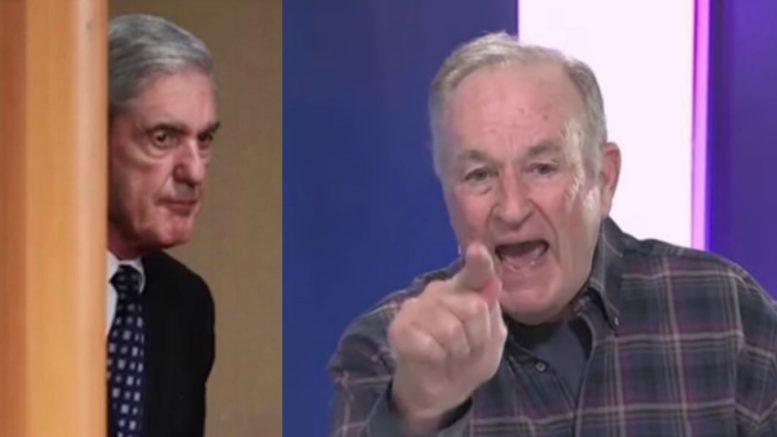 While joining Wayne Allyn Root of Newsmax, Bill O’Reilly made an explosive case regarding why Robert Mueller’s Wednesday press conference was completely “unfair” to President Trump.

O’Reilly began by stating that Mueller did a good job laying out his findings on Russian interference, but that was about it.

The part of Mueller’s speech that dealt with obstruction of justice, according to O’Reilly, is “where the unfairness comes.”

“It is his duty–legal duty to state the evidence that he has,” said O’Reilly. “Robert Mueller did not state any evidence in his entire, almost 500-page report, where by he referred impeachment charges against President Trump.”

Instead, Mueller came out and said to the press that he couldn’t clear President Trump of wrongdoing and that his team couldn’t say that Trump didn’t commit a crime. This is what O’Reilly considered a “violation of due process.” Video Below

He went on to say that based on the evidence that was presented by Mueller in his report, there was nothing to suggest Trump committed obstruction. And O’Reilly knows Mueller doesn’t have any other potential evidence of criminal activity, because if he did, “he damn well” should have put it in the report or he could face felony charges.

O’Reilly concluded, “He wants the swamp to like him. And he knows the swamp hates Trump. He doesn’t want to be condemned by the swamp. That’s why he did what he did, in my opinion.” Video Below