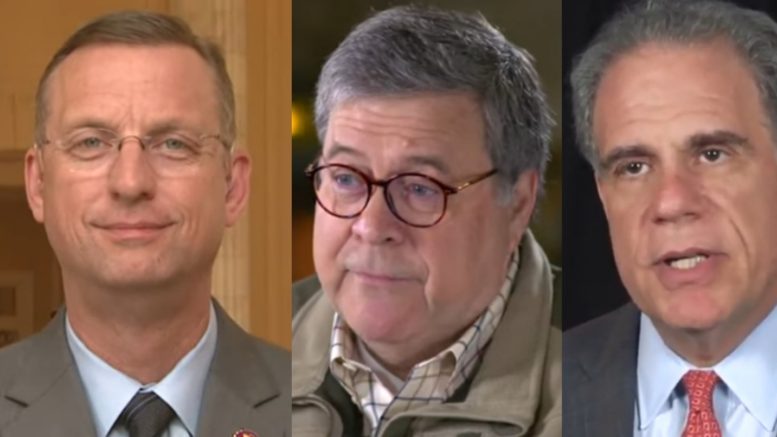 In the middle of the week, the Inspector General’s office released a summary detailing multiple forms of misconduct discovered in its investigation of an unnamed Deputy Assistant Director of the FBI.

In his letters, which can be seen below, Collins addressed the violations and inquired about how Barr and Horowitz plan on handling the matter moving forward. In the letter to Barr, Collins had the following five questions:

2.) Is the investigation into James Baker still ongoing? Continued Below

3.) Did the OIG criminal referral regarding Andrew McCabe develop into an investigation? If yes, is it ongoing and what is the status?

4.) How many active cases does the Department have regarding classified leaks?

In the letter to Horowitz, Collins had the following five questions:

1.) Is Peter Strzok the DAD referenced in the report?

2.) Was this case referred to the Department of Justice for prosecution?

3.) Did the Department decline to prosecute? If so, why?

4.) Was the appropriate federal court notified an FBI agent disclosed to the media existence of information that had been filed under seal? If not, why not? If so, what, if any, action was taken by the Court?

5.) Is your office’s investigation into James Comey still ongoing? If not, what was the resolution of your investigation? If so, when do you anticipate issuing a report on the matter? See Below 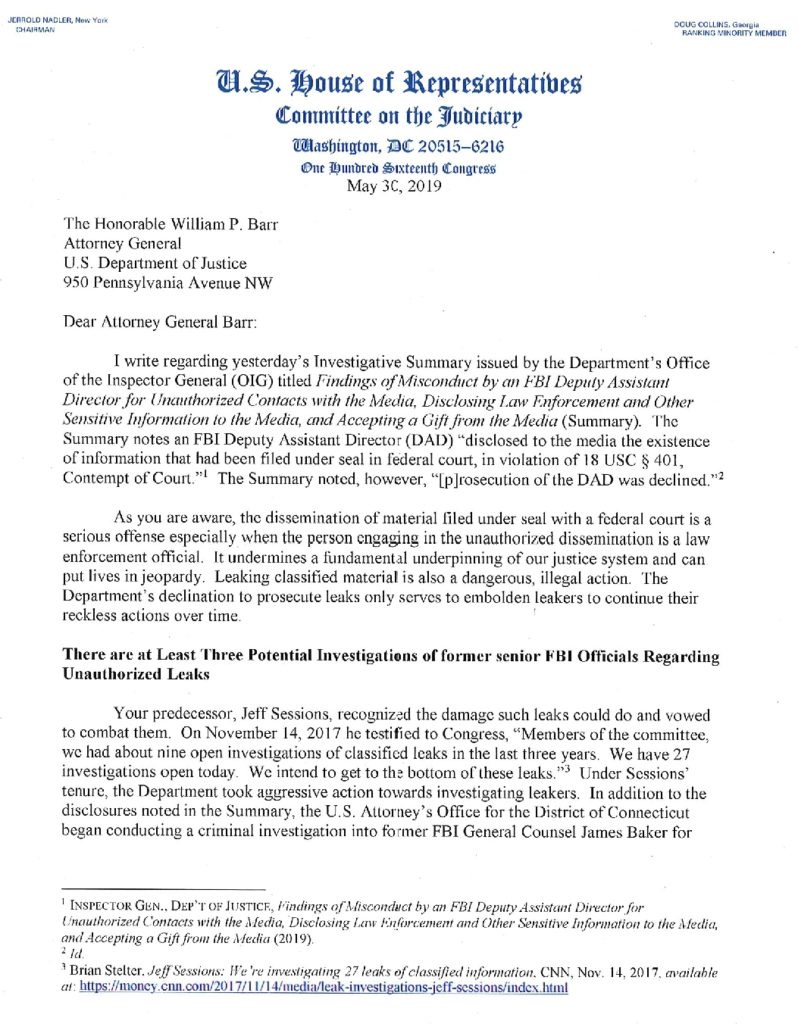 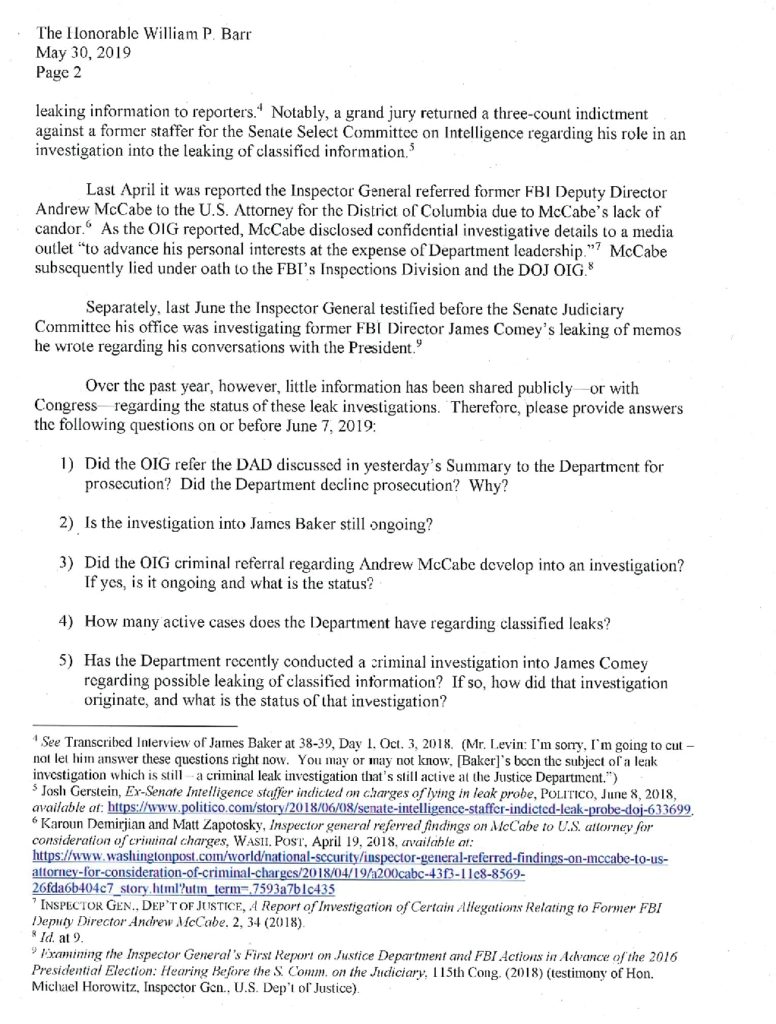 Courtesy Of The House Judiciary Committee 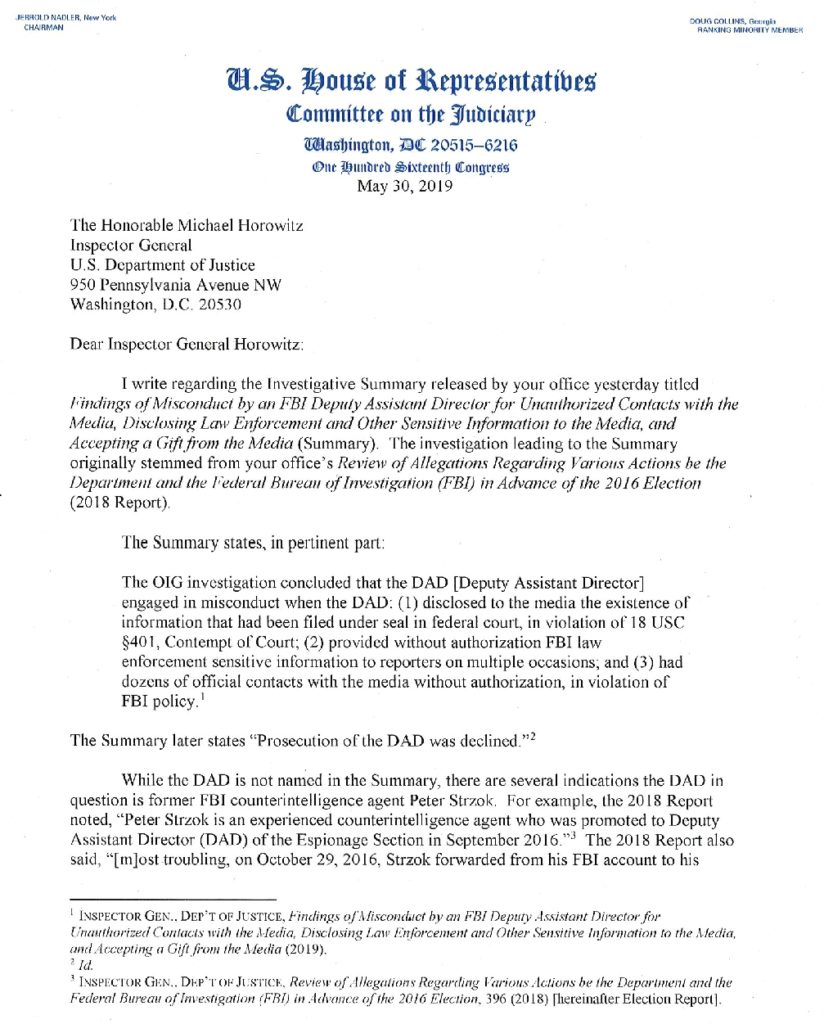 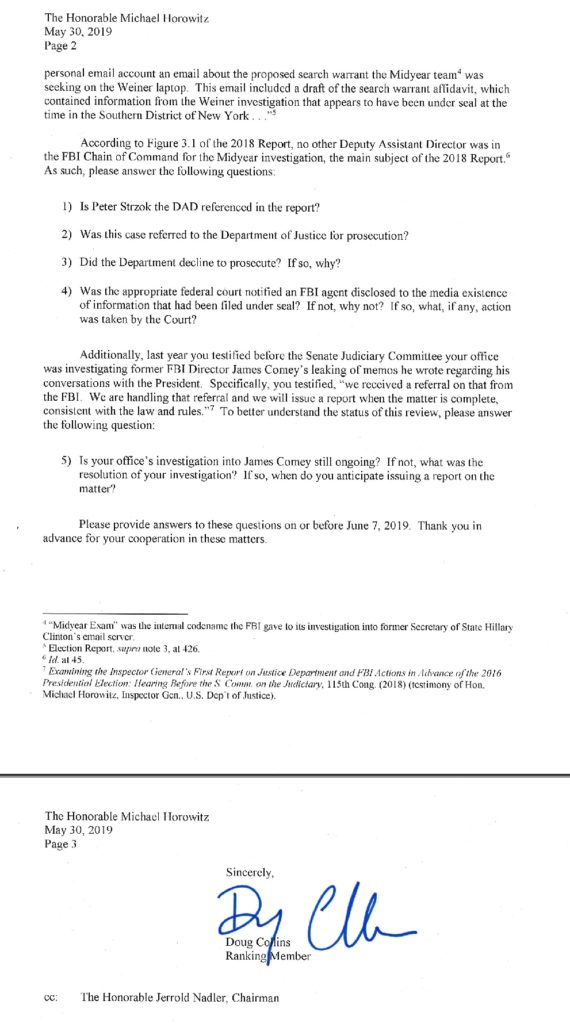 Courtesy of The House Judiciary Committee