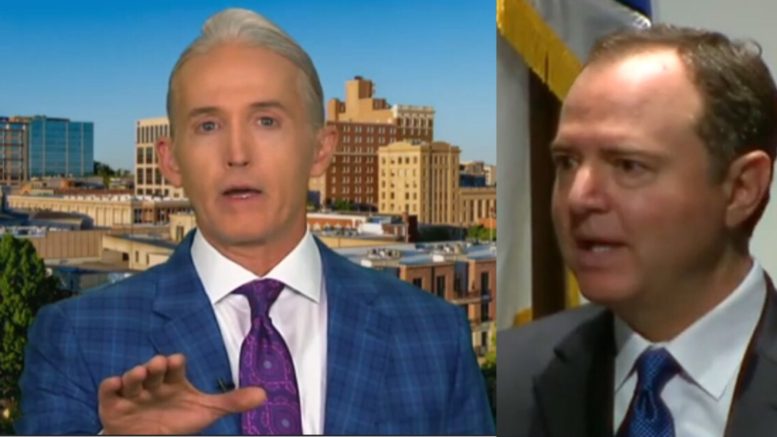 During a question-and-answer session with Los Angeles City Attorney Mike Feuer on Thursday that was reported by Politico, House Intelligence Committee Chairman Adam Schiff (D-CA) attacked the GOP in what he described as an “epidemic of cowardice”, slamming Republicans for not speaking out against President Trump.

While answering questions on Thursday, Adam Schiff said, “I think what we knew, implicitly, was that courage is contagious.”

“But what we didn’t realize is that cowardice is also contagious. I think there’s been an epidemic of cowardice in the GOP. This President doesn’t stand for anything that the Republican Party said it stood for,” he claimed.

Schiff said that Republican lawmakers have privately spoken with him to “express their deep concerns and worries” about the president’s administration and offer some encouragement for his committee’s probe into the president, reported The Hill.

“But I’m, frankly, exhausted by the private misgivings,” Schiff said. “People need to speak out.” (Continued Below)

Trey Gowdy responded to Schiff’s claims and fired back: “Well, let’s just get the top the line of the way. I don’t know a single Republican that gives a damn what Adam Schiff thinks about him or her or the Republican party!”

Gowdy went on to say, “There are three kinds of Republicans Adam really likes: those who vote with Democrats, those that lose, and those that die. And for most of us, that’s too steep a price to pay to curry favor with Adam Schiff.”

“This is the same Adam Schiff that did everything in his power to keep you from finding out that Hillary Clinton had her own server and classified information traversed that server. He did everything he could to make sure you never found that out– the dossier, you wouldn’t know about it if it was up to Adam Schiff,” Gowdy continued. (Continued Below)

He concluded, “So the king of transparency is one of the most overtly partisan Charlatans that I had the pleasure of serving with. There are plenty of Democrats that I care what they think, Adam Schiff just ain’t one of them.”