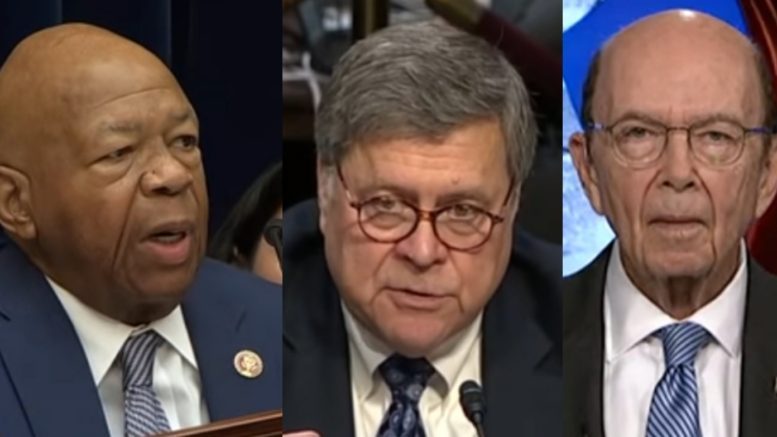 On Wednesday, the House Oversight Committee voted 24-15 to hold Attorney General William Barr and Commerce Secretary Wilbur Ross in contempt. The move came after Democrats on the committee claimed both Ross and Barr failed to comply with subpoenas for documents regarding Trump Administration’s decision to add a question about U.S. citizenship on the 2020 census.

The DOJ and Commerce Secretary Ross both issued statements following the vote, where they laid out the degree of their cooperation and slammed the move by the committee.

Ross said in his statement, “Today, the Democrats maintained their shameless, weekly attacks on this administration without consideration for the truth.”

He added, “I don’t even think members of Congress can keep track of which committee is holding a show trial on any given day. Here’s the bottom line: The Democrats have continued to attack this administration on dubious grounds, and they aren’t going to let the facts get in the way of their own concocted stories.”

Here is a copy of the full statement from Ross:

She added, “Today’s action by Chairman Cummings and his committee undermines Congress’s credibility with the American people.”

Kupec’s full statement can be seen below. 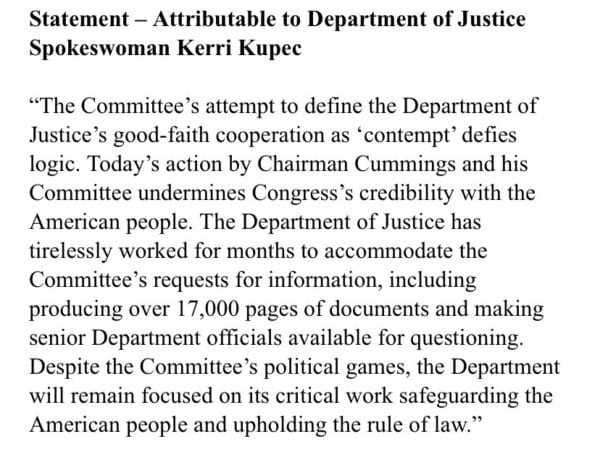 In ending, we leave you with video of Catherine Herridge breaking it all down: