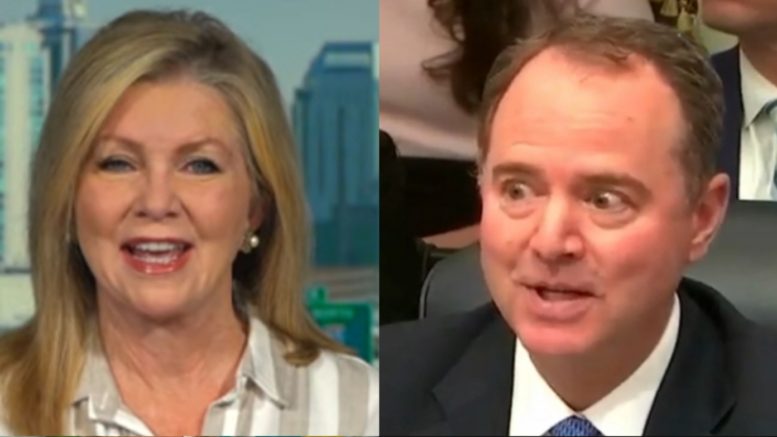 While appearing on Fox News, Blackburn gave a little insight on what exactly Democrats, such as Adam Schiff, could be so worried about as America waits for more truth to come out from the Justice Department.

Blackburn does not know when the IG report or Barr’s investigation will be completed. However, she did say, “Democrats are getting mighty antsy about what might be found in that [IG] report and about what Attorney General Barr could possibly be looking at because they are the ones who did some outsourcing and working with the Russians foreign nations and trying to get some information–the dossier, paying for that through the Clinton campaign–some of the other connections, of course.”

“We know that Adam Schiff was looking forward to talking to some Russian agents and getting some information,” Blackburn continued. “So all of that does come into play.”

She added, “We look forward to getting the report, and I can assure you that Senator Graham, there at the Judiciary Committee will do a tremendous job of conducting appropriate oversight.” Video Below