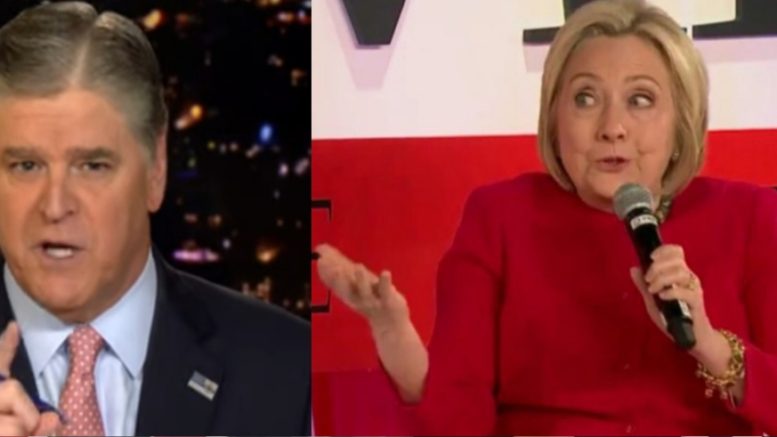 On Monday, Sean Hannity highlighted a new report that claims the State Department has identified at least fifteen individuals mishandled classified material alongside Hillary Clinton, in their ongoing probe.

Hannity declared, “The fallout from her wreckless mishandling of top secret, classified information during her time as Secretary of State is far from over.”

He then cited Catherine Herridge who reported that “an ongoing State Department probe has now identified at least fifteen individuals who mishandled classified material associated with Clinton’s illicit secret server that was in the mom and pop shop bathroom closet.”

Hannity said the State Department review has already uncovered “thirty serious security instances.” Those numbers are expected to get higher as time goes on in what he calls “a very scary situation.”

“Without a doubt, Hillary put State secrets, yes — lives, methods, sources in jeopardy. And she didn’t act alone. She broke the law. It’s clear,” Hannity declared. “All must be held accountable.” Video Below