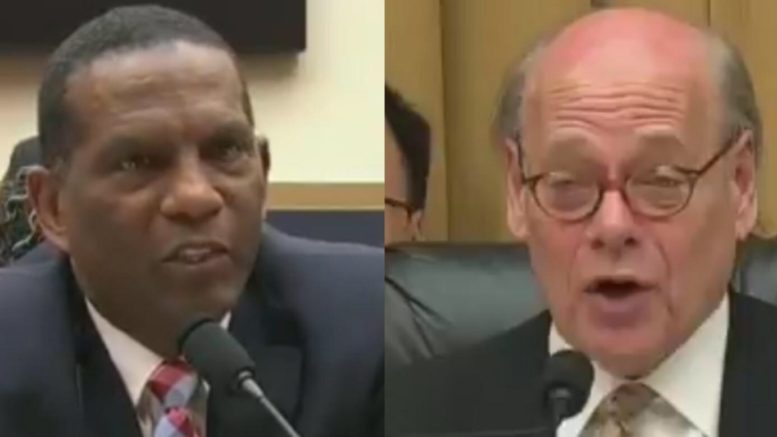 NFL legend and Super Bowl Champion Burgess Owens, does not agree with Democrats and believes that they should be the ones who have to “pay reparations.”

On Wednesday, the House Judiciary Subcommittee held a hearing on slavery reparations, and Owens didn’t hold back as he schooled the Democrats on their history.

During his opening, Burgess Owens began by stating, “This is not about black and white, rich or poor, blue collar, white collar…”

He pointed out that America is a special country with Judeo-Christian values that allows every generation to become better than the last. “That has not ended, that has not stopped, until now. We turn our kids onto something different. They don’t have the opportunities that we had,” Owens said.

He clarified, “I’m gonna talk about some ideologies. When I talk about people, people change. I used to be a Democrat until I did my history and found out the misery that that party brought to my race.”

Owens said ideologies don’t change, but reiterated that people change. “We’re fighting for the hearts of our nation against socialism, Marxism, and evil that’s been brought to us in the stealing of our history. (Continued Below)

Owens went on to explain some of his family history who were once oppressed but noted that when any culture or race is given hope, opportunity, and freedom they can succeed.

“My degree was biology. I learned a long time ago that slavery is not a gene in the DNA helix. It’s our actions, it’s our attitudes, it’s our belief,” he stated.

“I do not believe in reparations. Because what reparations does, it points to a certain race, a certain color, and it points to mis-evil. It points to the other race, my race, — that’s not only become racist but also beggars,” Owens said. (Continued Below)

Owens went on to say that he does believe in restitution. “Let’s point to the party that was part of slavery, the KKK, Jim Crow that has killed over 40% of our black babies, 20 million of them. The state of California, 75% of our black boys cannot pass a reading and writing test, a Democratic state.”

“So yes, let’s pay restitution. How about the Democratic Party pay for all the misery brought to my race? And those that learn our history decide to stay there, they should pay also, they’re complicit. And every white American, Republican or Democrat who feels guilty because of your white skin you need to pony up also. That way we can get past this reparation and recognize that this country has given us greatness,” Owens concluded.