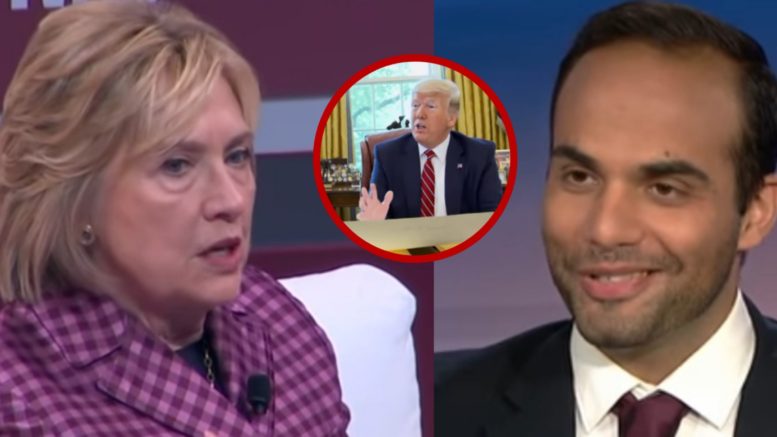 Comments made by President Trump during his interview with ABC News did not sit well with Hillary Clinton.

Throughout the interview, Trump targeted Hillary and her campaign for being the ones who actually colluded with Russia during the 2016 election, which ultimately drew a reaction out of Clinton.

Hillary said, “On the one hand, the president makes nonstop outlandish claims in his recent @ABC interview about my campaign and Russia.”

In his reply, Papadopoulos targeted testimony he gave on his meeting with former Australian Diplomat Alexander Downer during the 2016 campaign. See Below

Downer has admitted to playing a key role in triggering the launch of the Russia probe investigation involving Trump’s campaign. And it’s been suspected that the meeting with Papadopoulos was part of a set-up constructed by parties involved in a plot to destroy Trump. The meeting could be among the many areas of the Russia probe origins that Attorney General Barr and his team are investigating.

Papadopoulos said, “My testimony against your buddy Alexander Downer just launched an unprecedented investigation into you, your team, and the global cabal.”

He concluded, “Sit tight and enjoy the show coming.” See Below

My testimony against your buddy Alexander Downer just launched an unprecedented investigation into you, your team, and the global cabal. Sit tight and enjoy the show coming.

In ending, here is video of Papadopoulos speaking out with Judge Jeanine about being targeted in the Russia probe.