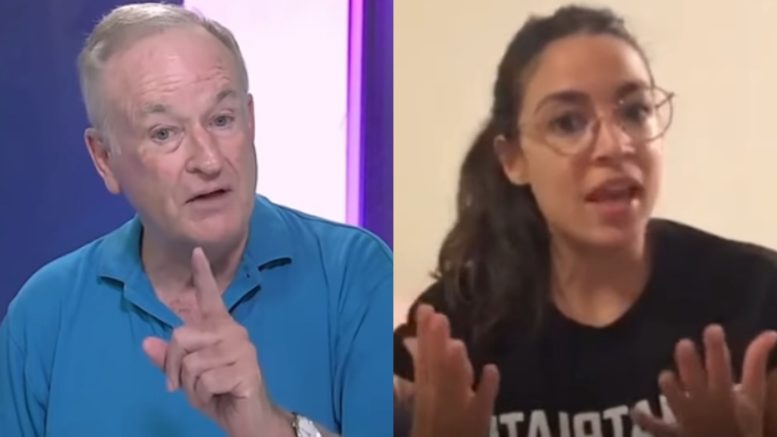 Bill O’Reilly broke his silence in regards to controversial remarks made by Alexandria Ocasio-Cortez, where she referred to U.S. detention centers for detained illegal immigrants as “concentration camps.”

O’Reilly suggests that such a statement, in the past, would have normally been condemned by the media. But now sources, such as The New York Times and The Washington Post, are giving free passes for extreme political rhetoric, in what he thinks has helped the Far-Left successfully “hijack” the Democratic Party.

O’Reilly said, “Radical leftists pretty much drive the agenda of the Democratic Party.”

“Ten years ago, this never could have happened because the press — the American press — would have scrutinized the radical left,” O’Reilly determined. “Today, they enable the radical left.”

“So, you have news like The New York Times and The Washington Post, network news, cable news, many people within those organizations sympathize with the radicals. So, they’re allowed to say anything they want,” he continued.

He went on to use the example of AOC’s latest remarks on “concentration camps,” which he said was “an irresponsible statement in the extreme.” Video Below

According to O’Reilly, although AOC was correct in saying that there is a difference between death camps and concentration camps, it was “grossly irresponsible” for her to label U.S. detention centers as “concentration camps.”

Related Article: McCarthy Reacts To AOC’s ‘Concentration Camp’ Remarks: ‘She Needs To Know What History Is’

He declared, “Ten years ago, she never would have gotten away with that in the media, and now she does. And Congresswomam Cortez is about the most radical left politician, elected politician I’ve ever seen.” Video Below