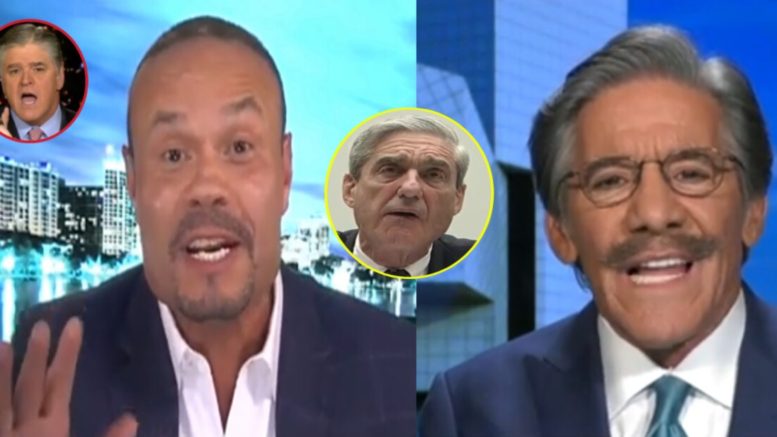 Former Special Counsel Robert Mueller has agreed to publicly testify before the House Judiciary and Intelligence Committees on July 17. According to the committee’s chairmen, Reps. Jerry Nadler (D-NY) and Adam Schiff (D-CA) sent a “friendly” subpoena to Mueller.

Sean Hannity began by explaining that Robert Mueller and Attorney General William Barr is clear on the issue of collusion, conspiracy, and obstruction. “That was the 4th time we heard ‘no’. Now, the Democrats want a 5th bite at the apple. Now, they’re harassing and abusing their power; they’re harassing the office of the President. This isn’t oversight, this is ‘harass the President time,'” he expressed.

Bongino said that Rep. Jerry Nadler (D-NY) is “not that bright”, and suggested that he “messed this thing up from the start” when he brought in John Dean to testify at the beginning of the month, following Hope Hicks.

“Nadler’s humiliated himself and believe me the Democrats know this. Here’s the key question and this is why it’s going to ‘blow up in their face’: One Republican, I’m sure, is going to ask Mueller the key question. ‘When exactly did you know the collusion fairytale was a hoax?’ And the answer, if Mueller is gonna be honest, is ‘the day I hired Andrew Weissmann,'” Bongino said.

He pointed out that Andrew Weissmann was “briefed” a year earlier in 2016 on the providence of the dossier. (Continued Below)

Geraldo believes this isn’t going to go well at all for Robert Mueller.

“We are going back down memory lane. Nadler and Schiff remind me of high school athletes. They graduated from high school and now nobody recognizes them. They are offended that they are outside the mainstream of public consciousness now. Nobody knows who they are or what they are doing,” Geraldo said.

“They have been forgotten, so they are desperately questing for attention, dragging back Robert Mueller,” he added. (Continued Below)

Geraldo said that the former Special Counsel will add nothing new to the Russia investigation discussion.

He asked, “How is [Mueller] going to answer the question ‘How dare you ruin the lives of people like General Michael Flynn? How dare you– when you knew that there was no collusion with the Russians, you stuck with this thing, you made these people work themselves into perjury traps, you slammed them with these procedural offenses, wrecked their lives, you distracted the American people!”

Geraldo also told Hannity that Democrats will “rue the day” they allowed Nadler and Schiff to revive Mueller and the Mueller report, elevating him once again into the news cycle.

“I think that the price that this testimony will cost the Democrats will be grievous to them,” Rivera said. “They will rue the day that Nadler and Schiff let their ambition get ahead of their common sense, their political sense, and drag this man back into center stage of the American public.” (Video Below)

(Related: Sen. Graham Responds As Mueller Agrees To Testify: ‘It Will Blow Up’ In Dems Faces)