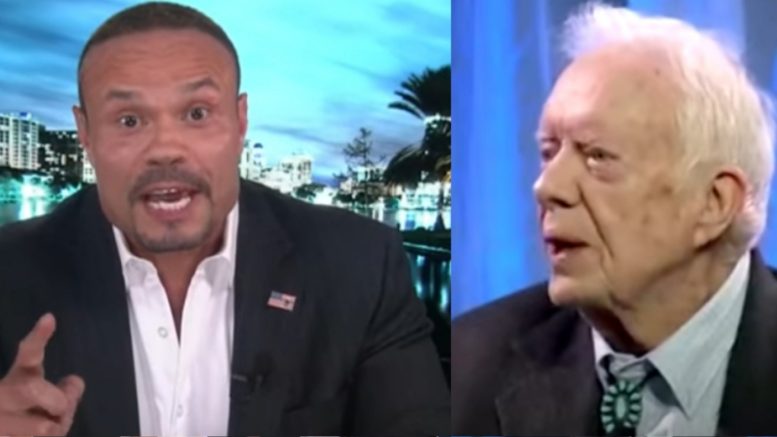 During an interview, Carter suggested Trump’s Presidency is “illegitimate” and insinuatee that Russia helped propel Trump to victory over Hillary Clinton in 2016.

Bongino began by mentioning how he was a secret service agent for more than one President in the past and those he worked for nice guys to work for despite disagreeing with their politics. But for any former President to do what Carter did and bash a sitting President is “disgraceful.”

“For a former President, who’s post-Presidency he’s done some decent things, he’s also done some awful things,” Bongino continued. “But for him to engage in this kind of nonsense, I tell you, really wreaks of triaging unpresidential moments in modern American history. This has to be up there, this is really awful to give credence to this kind of fairy tale.”

He went on to say, “This has already been debunked multiple times, over and over, even by Trump haters like Bob Mueller and you have Jimmy Carter talk about it. It’s just making him look candidly ridiculous and it’s kind of sad,” Bongino said.

He concluded, “I think even the Trump-hating media is embarrassed by this.” Video Below