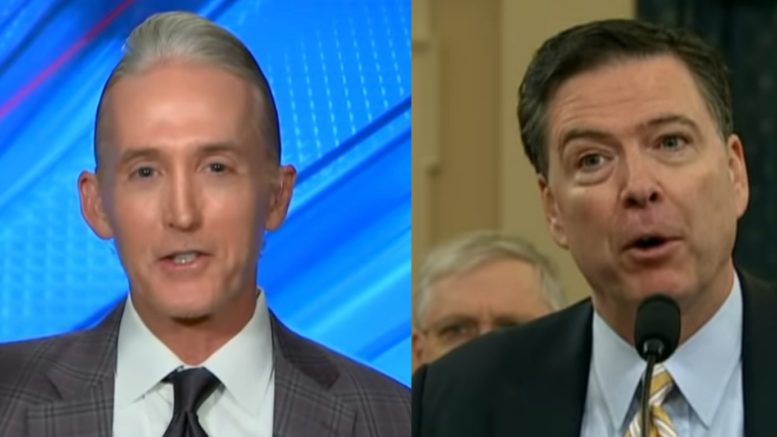 Jason Chaffetz brought Trey Gowdy and John Ratcliffe on Fox to get their reactions to news that Inspector General Michael Horowitz has finished his FISA abuse investigation and is wrapping up his report.

Chaffetz asked the pair if former FBI Director James Comey should be proud of his conduct, as he is likely one of the primary targets that was investigated by Horowitz.

Both Ratcliffe and Gowdy both have stressed their doubts that Comey followed the rules, despite the former FBI Director insisting in multiple interviews that he did everything by the book.

In his answer to Chaffetz, Gowdy gave viewers a brief reminder of the most questionable actions of Comey that have been uncovered and revealed over time.

Gowdy said, “I just want to make sure that we have the right James Comey. Is that the Comey that wrote he didn’t leak in a memo that he later leaked?”

“Is that the same James Comey that said he didn’t do weasel things while he was memorializing what he said was a private conversation?,” Gowdy continued. Video Below

“Is that the same James Comey that said the FBI didn’t give a hoot about politics, while two of his senior aides spent the better part of the year discussing two political candidates that they were supposed to be investigating?,” he asked.

Is it the same [James Comey] that took advantage of the Trump Administration by sending FBI agents to interview Michael Flynn?,” Gowdy said. “I don’t know what Horowitz is gonna find. I have a lot of confidence in him, he’s a straight arrow.” Video Below