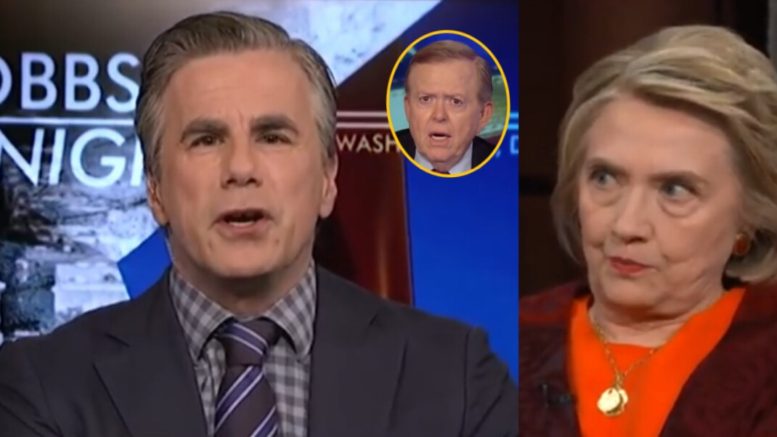 On December 6, 2018, U.S. District Court Judge Royce Lamberth ordered Obama administration senior State Department officials, lawyers, and Clinton aides, as well as Heather Samuelson, to be deposed or answer written questions under oath. The court ruled that the Clinton email system was “one of the gravest modern offenses to government transparency.”

In March, Judicial Watched announced a schedule of depositions of senior Obama-era State Department officials, lawyers, and Clinton aides about the Benghazi and Clinton email scandals.

During her deposition, Heather Samuelson admitted, “I was provided limited production immunity by the Department of Justice,” adding, “My recollection, it was June 2015 [later corrected to 2016].”

Samuelson also revealed that, contrary to what she told the FBI in 2016, she was, in fact, aware that Secretary Clinton used a private email account while Secretary of State, according to JW. (Continued Below)

Tom Fitton said, “This is incredible. This is like the key issue about whether there was obstruction, and they gave immunity to the person involved. But, it further shows you the sham nature of the investigation. She’s contradicting what she evidently told the FBI about what she knew and when about the Clinton email system. She knew what Hillary Clinton was [doing].”

“This is irremediable. There’s nothing that can be done, we have a corrupt Justice Department,” Dobbs expressed in reference to Samuelson being held accountable. (Continued Below)

Fitton shot back and suggested, “Oh! They can reopen the criminal investigation into the Hillary Clinton issue. [Samuelson] wasn’t given immunity for her testimony that is now an issue here. Immunity isn’t a get out jail free card, so immunity is being as a distraction, so the American people can think nothing can be done. It doesn’t necessarily prevent any prosecutions or further investigation.”

However, he also noted that the Justice Department is still defending “this whole crowd” and opposing Judicial Watch’s efforts to get information through discovery.

“Why? How? A new President, a new attorney general, a new time! And a commitment to getting to the bottom of all of this corruption. What in the world? It’s two and a half years into this presidency… what in the world are we witnessing here?” Dobbs wanted to know.

Fitton explained that the Russia Gate investigation froze the Justice Department from taking another look at the Clinton email issue. “That’s done. Attorney General Barr needs to be quite specific here and say, ‘We need to take another look at this. We don’t believe and trust what [James] Comey and Loretta [Lynch] did; we’re gonna look at it anew, reevaluate and re-prosecute if necessary.'”

He revealed that Judicial Watch has information that the Obama White House was involved in lying about the Clinton emails– whether they existed or not. “We have new information coming out this week that they were purposely under-classifying Clinton emails, seemingly in order to protect her from being even more liable for criminal prosecution because of the increased number of classified materials. The coverup is immense and the Attorney General needs to focus personally on this,” the Judicial Watch President recommended. (Continued Below)

“At what point do we say that the Deep state and radical Dimms and President Obama, his intelligence community, the corrupt FBI and Department of Justice have won? And, the hell with it… When do we say that?” Dobbs asked. “Because I don’t see an ounce of forward movement to establish that accountability that you seem still optimistic about.”

Fitton responded, “That’s an open question. If we relied on the Justice Department to do the right thing, we’d shut down. We ain’t shutting down!” [Emphasized]