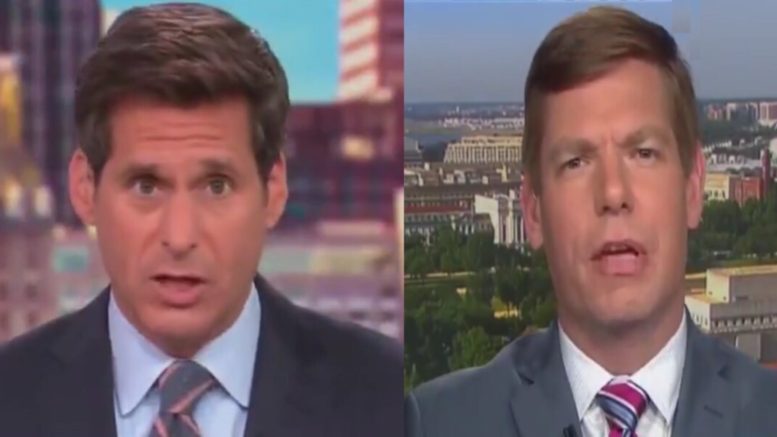 Presidential candidate Rep. Eric Swalwell (D-CA) got destroyed on CNN by host John Berman after the Congressman tried defending his reasoning for why he still has an asterisk next to his name, instead of a countable number in the recent polls.

Swalwell was polling at 0% before the first Democratic presidential debates and remains without a number after the debates.

During the interview, CNN’s John Berman asked Rep. Eric Swalwell, “The new CNN poll, I want to put it up right now, you are at an asterisk in the new CNN poll, I guess that means you have room to grow. My question to you is how much time are you giving yourself to grow if that doesn’t move when do you get out?”

Swalwell replied, “So it’s early as you know, just under 500 days until the next election. But also what’s interesting about that poll is that 57% of the people polled did not watch the debate.”

“Yeah, it’s early. You know I got about 4 minutes total to talk. Others like the vice president and, you know, people who are polling higher right now talked for about 12 to 13 minutes,” Swalwell claimed. (Video Below)

“My goal, frankly John, was to introduce myself as someone who’s been in Congress for seven years, has been on the Intelligence Committee, has tried to shake things up by leading new members of Congress to Washington,” Swalwell added.