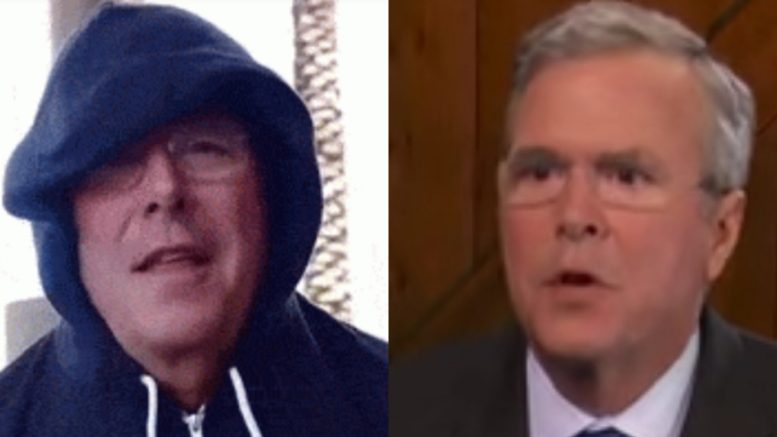 So, what was Jeb Bush doing on the morning of July 4th? Oh, not much…just reminiscing about how three former Presidents died on this exact day and wondering if it was all a coincidence.

Jeb posted an article and captioned it verbatim the title of it, which was “Three Presidents Die on July 4th: Just a Coincidence?” Why would he post such a thing?

Jeb has repeatedly shown — on again, off again — disdain towards President Trump, after being beaten so badly by him in the 2016 primaries. One has to wonder if this was just another way of him letting the world know how he really feels about America’s Commander-In-Chief.

Related Article: Graham Guides Dems Down The Bitter Path Of Defeat In Reaction To Their Debates: ‘This Is Becoming Trump’s Election To Lose’

Upon posting the mysterious tweet, Bush was instantly met with backfire by Twitterverse.

Below is a collection of some of the most highly-engaged comments to Jeb’s tweet.

We know you're wishing for Trump to be added to that list. You and your family are war criminals and traitors to this great country.

Jeb, you were my Governor,& I voted for you.THIS comment is…despicable and shameful. The intent and insinuation of it is blatantly obvious, and frankly abhorrent to any citizen who still respects Law, Order and our Constitution.Guess this speaks volumes about where you stand…

The difference btw you Jeb and Hillary
Hillary is a 2X Loser you never had a chance
against Trump. Losers never learn they just
Whine & Complain

Are you threatening our @POTUS Jeb?!?! @SecretService @FBI Looks like a veiled threat. Reported.

Well, if anything happens to @realDonaldTrump today, guess where they're going to look first, Jeb. "Projection" says a lot. Shame on you.

Wow 😮
Why would you even say that? I feel like this is a threat to @realDonaldTrump

Our Father in Heaven protects his anointed ones.Your whole family is and has been an #ObamaNation to our Great County.#PleaseClapNow.Haha pic.twitter.com/3HCBK1v0BA

Dear God. … Reign in the chaos of those who have lost all sense of civility.. we have some sick minded people with nefarious thoughts and intentions and wishes. Protect our POTUS, his family, administration and people who genuinely love You, our freedoms, this Country.