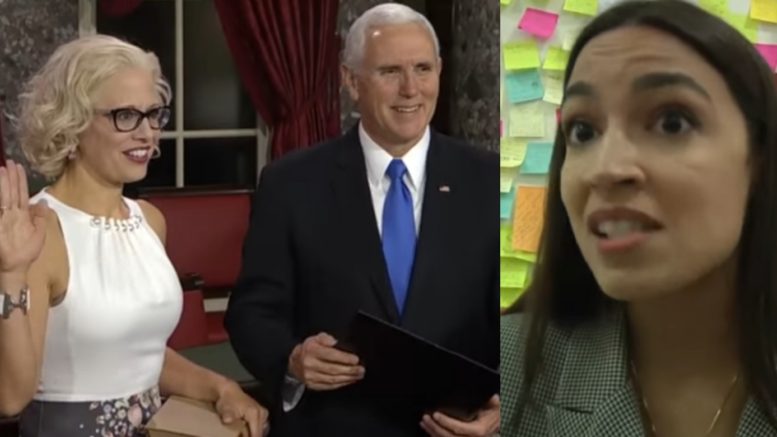 The trio of freshman Senators sent a joint letter to the Legislative Branch Appropriations Subcommittee, urging them to take a plan into consideration that would protect tax dollars from being used to give raises that will automatically go into effect in 2020.

In the letter, which can be seen below, the three Senators said, “There is no reason members of Congress should receive an increase in their taxpayer-funded salaries, especially when there are so many issues important to American families that we should be focused on instead.”

They asked that the Appropriations Subcommittee to include wording in the Fiscal Year 2020 Legislative Branch Appropriations Act that says “no adjustment shall be made relating to the cost of living adjustments for Members of Congress during fiscal year 2020.”

They go on to say, “It is not fair that government is held to a different standard than the rest of America, and we hope that all members can get behind this common-sense provision that saves tax dollars and puts hardworking American families first.”

Official Letter From Senators Sinema, Braun & Scott To The Subcommittee 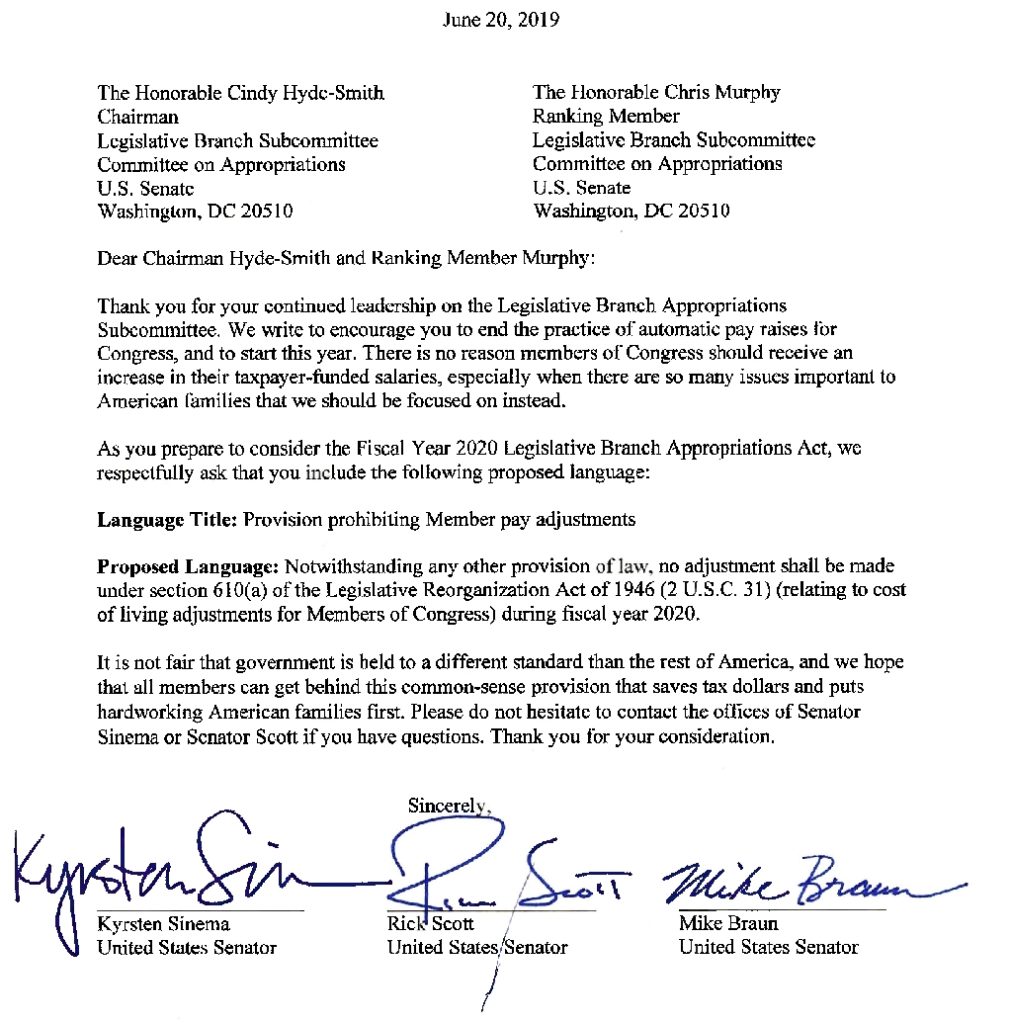 The move by the three Senators comes just weeks after Alexandria Ocasio-Cortez said there should be pay raises for Congress and opposition for not doing so is “superficial.”

Cortez said, raising Congressional pay “may not be politically popular to say but honestly this is why there’s so much pressure to turn to lobbying firms and to cash in on member service after people leave because precisely of this issue,” as quoted from a Washington Times report.

In ending, here is a tweet from Senator Sinema regarding the matter.

Congress doesn't deserve a raise. RT if you agree. https://t.co/8PK6MLstK7