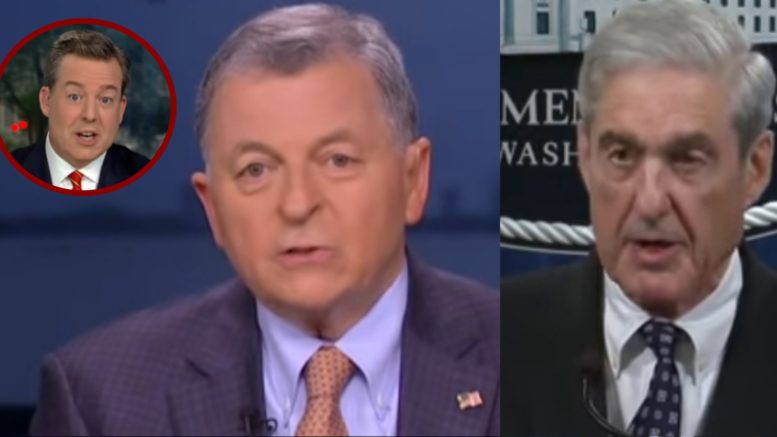 The report by Real Clear Clear politics suggests that Mueller’s own report undercuts core findings in his investigation, such as that Russia used a “systematic effort” to interfere in the US election.

One of the most notable conflicts of interest pointed out in the report was that Mueller’s team relied on the forensics of Crowdstrike, which was a private contractor of the DNC.

Sale began by stating, “The Mueller report is not, although two volumes, is not like Moses coming down with the two tablets. It is not sacred. It is not…it’s something that can be challenged. It’s a one-sided document, like any prosecutor’s report.”

As a result, Sale said Congress will have an opportunity to demonstrate the “shortcomings and bias” in the report when Mueller testifies on July 17.

Sale, however, predicts that members of Congress will be very frustrated during the hearing because he thinks Mueller will utilize former Attorney General Eric Holder’s strategy of invoking the “deliberate of process privilege” to not answer many of the questions. Video Below

Aside from invoking that privilege, Sale remembers how Mueller stated in his press conference that third party individuals who he has charged and have not pled guilty are presumed innocent. Sale said, “That presumption of innocence should prevent him from talking about any third party because they’re not there to respond when their reputation is at stake.” And that includes the President.

In regards to findings made by conflicted individuals in Mueller’s probe, Sale reminded viewers, “His report has not been challenged. There has been no cross-examination. The President supplied over a million documents. McGahn was interviewed for over thirty hours. What about all the things that they did not include in the report?”

Finally, Sale said he believes the real “bombshell” will come when AG William Barr and special prosecutor John Durham release findings of their investigation into the origins of the Russia probe. He said, “We’re gonna get some answers. It’s not gonna be any privilege. It’s gonna be just some straight talk.” Video Below