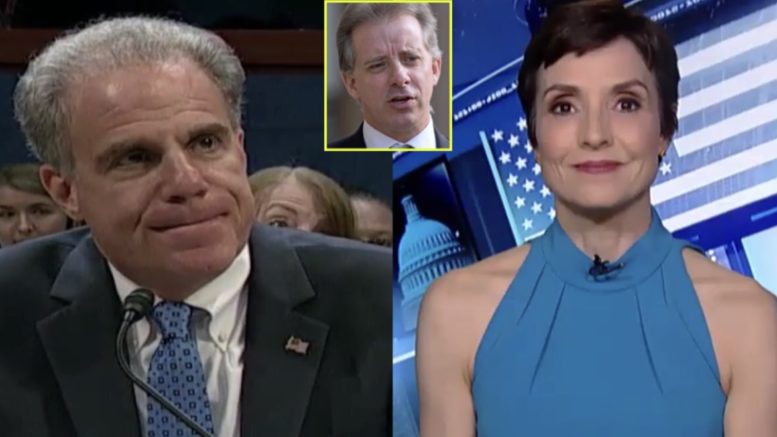 While the investigative phase of the Inspector General’s long-running probe is said to be complete, Fox News’ Chief Intelligence correspondent, Catherine Herridge, explained that key witnesses sought for questioning by Justice Department Inspector General Michael E. Horowitz early in his investigation into alleged government surveillance abuse have come forward at the 11th hour.

Sources familiar with the matter said at least one witness outside the Justice Department and FBI started cooperating — a breakthrough that came after Attorney General William Barr ordered U.S. Attorney John Durham to lead a separate investigation into the origins of the bureau’s 2016 Russia case that laid the foundation for Special Counsel Robert Mueller’s probe, as reported by Fox News.

Attorney General William Barr testified that he expected the Inspector General’s report into alleged Foreign Intelligence Surveillance Act (FISA) abuse to be ready in May or June. “Hopefully we’ll have some answers on the FISA warrants. More generally, I am reviewing the conduct of the investigation and trying to get my arms around all of the aspects of the counterintelligence investigation that was conducted during the summer of 2016,” Barr said while testifying before a House subcommittee in April.

“The Steele timeline matters because days before the presidential election, the FBI and DOJ used Steele’s unverified research, paid for by the DNC and Clinton campaign for their case to secure the [Carter] Page surveillance warrant from the national security or FISA Court,” she added. (Continued Below)

Steele was later fired by the FBI over his media contacts before the 2016 presidential election. The Page surveillance warrant is the central issue of the DOJ IG’s review.

“Sources familiar with the matter said some key witnesses Horowitz wanted to talk to early in the case agreed at the 11th hour. And, at least one witness, who does not work for the FBI or DOJ, began cooperating after [AG] Barr ordered Connecticut U.S. Attorney, John Durham, to launch a separate and broader investigation into the FBI Russia probes origins,” Herridge said. “Fox was told recent developments required some witnesses to be reinterviewed, to deconflict accounts.

Former senior DOJ official Tom Dupree told Fox News, “Like any investigation, you talk to one person, something that person tells you sends you back to the first person, so it can be a very extensive, exhaustive process, because you are constantly picking up leads, interviewing former sources and navigating complex questions of classified information.” (Continued Below)

Herridge noted that Horowitz and his office declined to commit, but last year he testified that the FISA investigation would take at least as long as his team’s review of the FBI and DOJ’s handling of the Clinton email case, which took 16 months.

“The FISA investigation involves highly classified records as well as sources and methods. The final report is subject to a classification review by the FBI and the Justice Department. Under a worst-case scenario, that review itself could take weeks,” she added.

Herridge also said that Durham is unlikely to do anything public or overt until the Horowtiz investigation has been provided to FBI and DOJ leadership and made public.