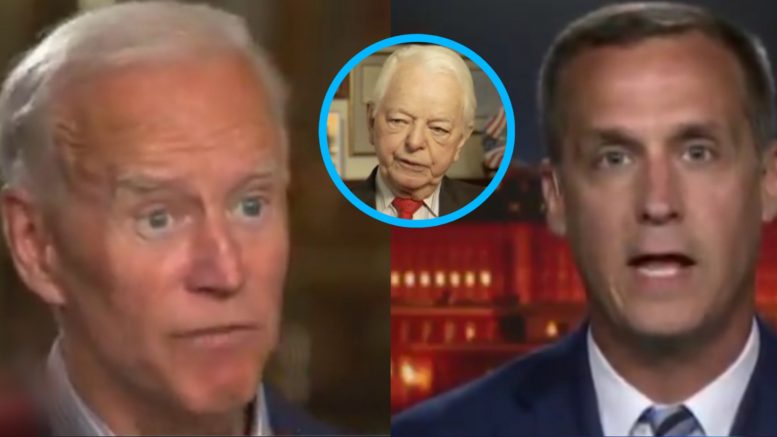 Former Trump Campaign Manager, Cory Lewandowski weighed in on Joe Biden’s so-called “apology tour” that began since around the same time that he announced his bid for President.

The past has come back to haunt Biden on various different levels, which he’s tried to tamper down by issuing apologies for matters, such as touching and kissing allegations by former lieutenant governor candidate Lucy Flores and comments he made about working with segregationist Southern senators.

Lewandowski said that he expects more apologies to come from Biden in upcoming days since he’s back in the spotlight, and there is still much more controversey that is laced within his past.

One such controversy involves Biden giving a eulogy speech to Senator Robert Byrd, who was alleged to have ties to the Ku Klux Klan.

Lewandowski said, “Joe Biden is just starting tbe apology tour and he’s apologizing for working with Senator Eastland, who was a segregationist back when Joe was in the U.S. Senate.”

“But, he didn’t apologize for giving the eugology at Bobby Byrd’s funeral when he was the Vice President of the United States,” Cory continued. “And as we all know, Senator Byrd was the Grand Wizard of the Ku Klux Klan!”

“So, is Joe gonna start apologizing for that? Joe hasn’t apologized for his work on the 1994 crime bill, or that he hasn’t done enough in the 50 years that he’s been in public service to help African Americans,” Lewandowski declared.

“He’s been a U.S. Senator for 36 years with Bobby Byrd, the former Grand Wizard of the Ku Klux Klan and when they needed someone to give the eulogy, they picked Sleepy Uncle Joe and he was Vice President of the United States at the time. This is all gonna come back to haunt him,” Cory concluded.