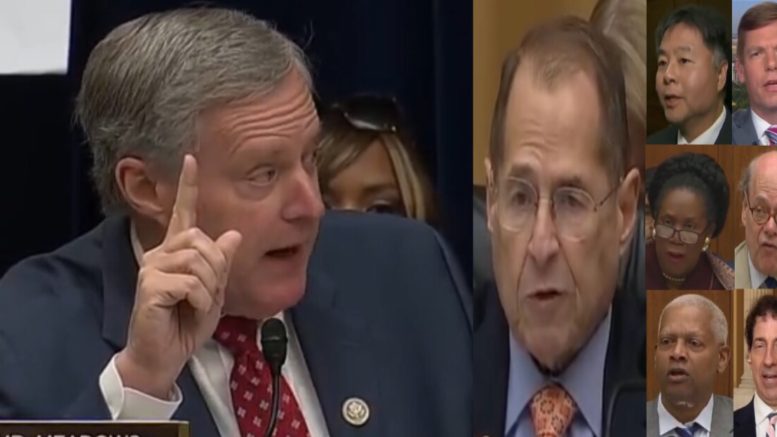 On July 11, 2019, at 10:00 a.m., the House Judiciary Committee will markup a resolution to authorize subpoenas for documents and testimony from current and former Administration officials relating to the Trump Administration’s “zero tolerance” policy and other family separation policies and practices; detention of children and families; and discussions about or offers of presidential pardons to Department of Homeland Security officials or employees, the press release states.

The House Judiciary Committee will authorize subpoenas for the following individuals:

In a statement on the markup, House Judiciary Committee Chairman Jerry Nadler (D-NY) said, “This week, the Committee will take an important step in moving forward with oversight of the Trump Administration. For months, we have held hearings and sent letters to the agencies of jurisdiction involved with implementing a catastrophic and inhumane family separation policy at the Southern border. Many questions remain and it is past time for a full accounting of this policy and practice.”

“The Committee will also move forward with our efforts to request information from critical witnesses as part of our ongoing investigation into obstruction, corruption, and abuse of power by the President and his associates. As always, I remain open to reaching a reasonable accommodation and will not issue subpoenas if the information we are seeking is voluntarily provided. We will get answers one way or the other,” he added. (Continued Below)

After Attorney General William Barr announced there was no collusion or obstruction committed by President Trump or the Trump campaign, Nadler insisted that the findings were still unclear and that Congress must hear from Mueller in order to better understand the results.

Regardless of the report’s findings or the fact that Robert Mueller is testifying on July 17, the circus continues.

Rep. Mark Meadows (R-NC) responded to Nadler and his minion’s on-going “search for a crime” and called them out for not accepting the findings of the Mueller report. (Continued Below)

Meadows wrote on Twitter Tuesday, “We knew this would happen—that Democrats wouldn’t be able to accept “no collusion” for an answer. They’re now subpoenaing 12— yes, 12! —Mueller witnesses.”

“A ridiculous, blatant attempt to prop up their political charade and re-do an investigation that didn’t end how they hoped,” he added.

We knew this would happen—that Democrats wouldn't be able to accept "no collusion" for an answer. They're now subpoenaing 12— yes, 12! —Mueller witnesses.

A ridiculous, blatant attempt to prop up their political charade and re-do an investigation that didn't end how they hoped. https://t.co/pJx1klXOTi

We leave you with Reps. Meadows and Jordan, “There’s a new sheriff in town and it’s Bill Barr.”