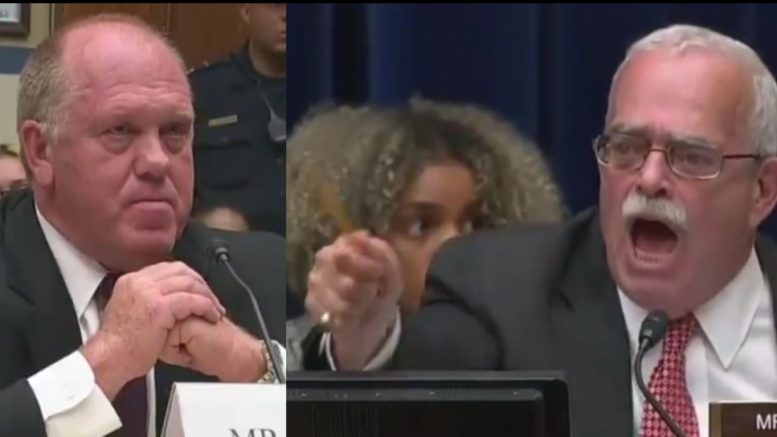 Rep. Gerry Connolly was not in the mood to allow his time to be interrupted while getting his turn at grilling during Friday’s hearing on Trump Administration’s child separation policy.

Connolly was going over how overcrowded detention centers have become, which suggested he said is not ideal for anyone, especially for children at the border.

In the middle of making his case, Connolly stopped, looked at the panel of witnesses and asked, “Did you wanna comment? You seem frustrated.”

Homan, thinking Connolly was directing it at him said, “I’m extremely frustrated.”

Related Article: Tlaib Claims ‘No One Is Illegal’, Blasts The Term As ‘Derogatory & Disrespectful’

An irritated Connolly immediately responded: “I’m not calling on you, sir! This is my time!” Video Below

Homan tried to reply, but Connolly yelled, “You are not at the border!” And Homan responded, “This is ridiculous.”

Connolly reiterated, “You are not at the border!”

“You’re not at the border right now! You’re in a hearing room! It’s my time,” Connolly declared. Video Below

How Trumpers deal with Congress. Thomas Homan talks over Rep. Connolly, tells him the hearing is "ridiculous". pic.twitter.com/no4FHdH367