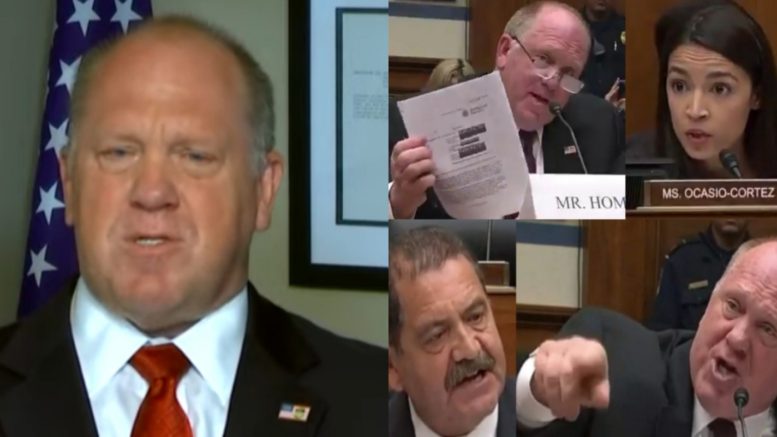 Tom Homan appeared on Fox News in what was his first interview since facing members of Congress at a hearing the focused on the Trump Administration’s policy on child separation.

Homan was set off during the hearing on multiple occasions, and he went into detail with Fox hosts on what ultimately led him to explode on Democrat members of the committee.

Homan said, “Someone called me a racist and said I didn’t care about dying children — that’s when I broke.”

“If you noticed, I hesitated a minute before I started yelling because I actually think about getting up and throwing that man a beating right in the middle of the room,” he said.

“Because when you tell somebody that spent their career saving lives that I don’t care about dying children and that I’m a racist — that’s where I broke and that’s where I had enough,” Homan added.

He went on to say that the hearing was not about transparency because if it was, he would’ve been given a chance to speak more like the other witnesses, who were more favorable to Democrats. Video Below

Homan claimed, “They didn’t wanna hear the truth. This was political theater. They wanna push their narrative and not let me speak.”

As a result, he said he decided halfway through the hearing to interrupt and interject, even if it meant getting thrown out.

What they wanted by the personal attacks on me and the men and women of border control — they wanted me to get a ‘bonk out’ and I wasn’t gonna give that to them,” Homan declared. So he said he decided halfway through to deliver his message to the American people instead of those on the House panel. Video Below