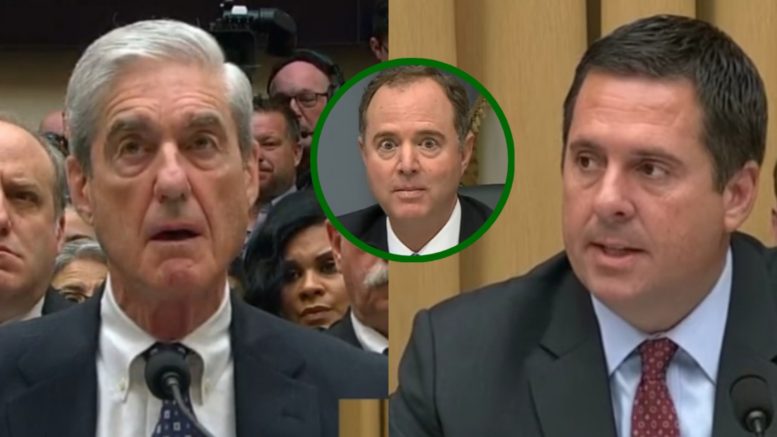 During his opening remarks at Wednesday’s hearing, Congressman Devin Nunes gave a rundown on the shady turn of events that ultimately led to the appointment of Special Counsel Robert Mueller.

Nunes slammed Democrats and Mueller himself for continuing to force “this spectacle on the American people,” and compared Democrats’ claim that there is evidence collusion to the “Loch Ness Monster” in that “it’s there but no one can find it.”

He then pointed out how when all has been said and done with the Russia meddling probe, Democrats were actually correct in saying that there was collusion with Russia that occurred, but it was not the Trump campaign who colluded.

Nunes said, “There is collusion in plain site: Collusion between Russia and the Democratic Party.”

Nunes then slammed Democrats’ efforts to bring Mueller forward for a hearing is nothing other than “political theater” and a “Hail Mary” attempt to persuade the American public that collusion between the Trump campaign and Russia is “real,” and proof of it is “concealed in the report.” Video Below

He went on to claim that the Russia investigation was “never about finding the truth,” but was rather a “simple media operation” that still continues to this day.

Nunes called on the “curtain to close on the Russia hoax,” and he declared, “The conspiracy theory is dead.”

“At some point we’re gonna have to get back to work,” he concluded. Video Below