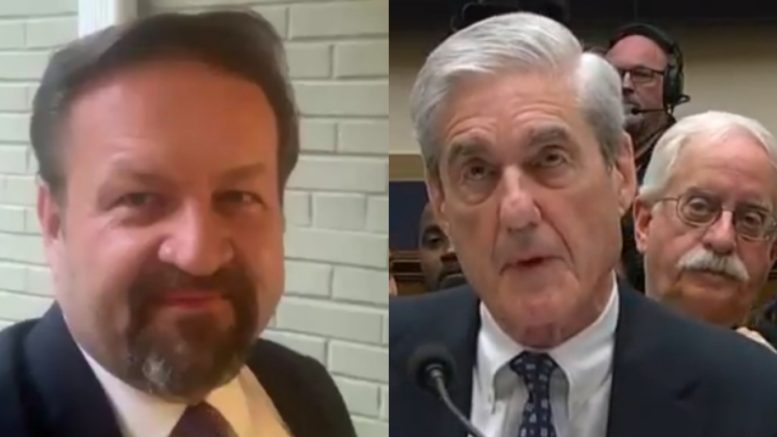 President Trump’s former Deputy Assistant, Sebastian Gorka, briefly weighed in on the fallout of Mueller’s hearing just hours after it came to a close.

Mueller’s testimony was hyped up by Democrats to be the pinnacle moment that could ultimately open the doors to impeaching President Trump.

However, when all was said and done, Mueller’s lackluster performance appeared to create the complete opposite effect, leading President Trump to declare a Republican victory.

Gorka struck the same tone in a video that he posted on Twitter, but went a step further to say that Mueller’s appearance “disgraced” the FBI, which Mueller headed for a period of time during his career.

Gorka began by stating that the letters of the “FBI” doesn’t just stand for “The Federal Bureau of Investigation.”

He mentioned how a plaque on the wall at the FBI academy defines the letters as meaning, “Fidelity, Bravery and Integrity.” Video Below

Gorka slammed Mueller’s performance at Wednesday’s hearing, claiming that it “disgraced that tradition.”

“He disgraced the bureau, the integrity of its agents, and also the Marine Corps of which he once was part,” he added.

Gorka went on to say that Mueller’s hearing was an “utter fiasco for the Democrats, and showed the Mueller investigation for what it was: political persecution.” And he declared, “Impeachment is dead!” Video Below