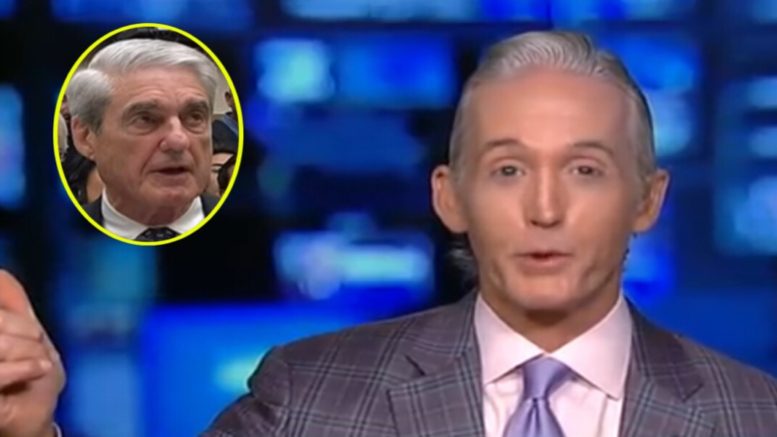 Former South Carolina Congressman Trey Gowdy spoke with Fox News on Thursday where he weighed in on the aftermath of former special counsel Robert Mueller’s testimony before two congressional committees.

Gowdy characterized the Mueller hearing as a “trainwreck, and an unmitigated disaster,” adding that “expectations always outpace the reality with congressional hearings”.

Asked if there was a question he would’ve asked during Robert Mueller’s hearing that did not get brought up on Wednesday, Trey Gowdy said, “I thought [John] Ratcliffe did a fantastic job, Devin [Nunes] Mike Turner. The only I probably would have done is follow up.”

Gowdy responded to Rep. Michael Turner (R-OH), who schooled Mueller on exoneration. Turner made it clear that the DOJ cannot “exonerate” the President, nor does Robert Mueller have such power.

The Mueller report states accordingly, “while this report does not conclude that the President committed a crime, it does not ‘exonerate’ him.'” (Continued Below)

Gowdy sounded off: “I thought Johnny did a great job on the exoneration issue and so did Mike Turner. But, I would’ve beaten the hell out of that exoneration! There’s no prosecutor in the country that’s ever set out to exonerate someone else. [Emphasized]

Gowdy also believes that everyone is innocent until proven guilty. “When I was in a courtroom the judge would tell the jury, ‘that defendant is cloaked with a robe of righteousness. And that cloak will only be removed if the government proves every element of the offense beyond a reasonable doubt.’ You are presumed innocent unless something else happens. You have no duty to prove your own innocence. In fact, you can’t prove your own innocence,” he said. (Video Below)

“And then you factor in that 60 Democrats wanted to impeach President Trump before Mueller said a single solitary word in his report. I mean, how would you react if you were accused of a crime for which you could be ‘hanged’? What would your reaction be?” Gowdy asked.

“I mean, I think your defense would be pretty vigorous. So where the line between vigorously defending yourself against a capital crime and a political environment of obstruction is? I think most Americans would say, ‘You know what? I’d fight pretty hard too if someone was trying to delegitimize my presidency and accuse me of a crime in which I could be ‘hanged,'” he added.