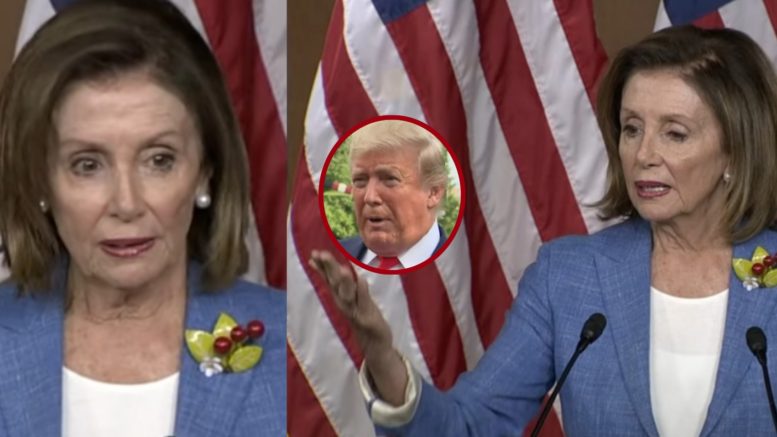 House Speaker Nancy Pelosi spoke with reporters as it was announced that Democrats will be opening an “impeachment investigation,” stopping short of calling it an “inquiry.”

The move came in wake of Robert Mueller’s testimony, which was expected to be another step in the road of House Democrats’ efforts to impeach President Trump.

Though Mueller’s lackluster testimony was arguably damaging to dem impeachment efforts, Pelosi signaled during her news conference that Democrats are pushing forward.

Pelosi was pressed by a reporter if Democrat leadership is just trying “run out the clock” on impeachment, because of the possible negative impact tthey could face.

Pelosi declared to the reporter, “We will proceed when we have what we need to proceed,” and that she is trying to go down the path in the “most positive and determined way.” Pelosi also said that she is only trying to get some “leverage” to impeach.

Nancy went on to say that Mueller “confirmed” in his testimony that President Trump committed obstruction since he never exonerated him on such charges. Video Below

The next step in the road to impeachment, according to Pelosi, includes court battles to obtain financial records and other documents related to President Trump to see if any crimes were committed. She said this is necessary because Mueller supposedly was not able to obtain such information.

Once she feels they have a solid case for impeachment against the President, Pelosi said they will go that route. But in the meantime, she said Democrats investigative efforts are not “endless.”

In terms of “endless,” however, Nancy said, “It may be endless in terms of the violations of the law that the President’s engaged in.” Video Below