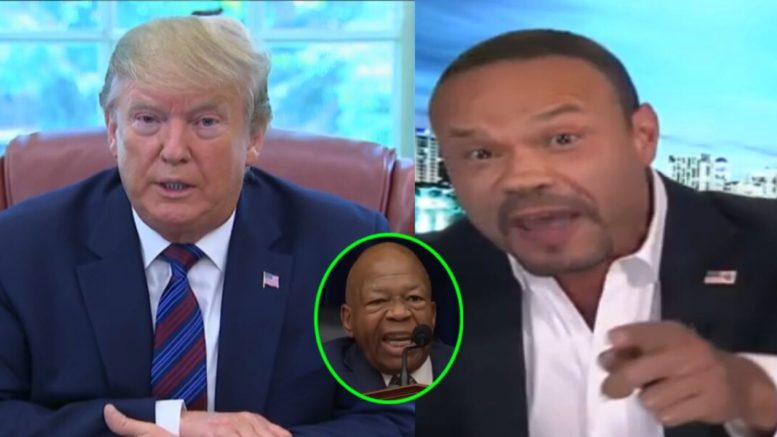 Former Secret Service agent, Dan Bongino, spoke with “Fox & Friends” Monday morning where he urged President Trump not to relent in his criticism of the way Democrats have fun America’s inner cities, including Baltimore.

Bongino said he was motivated to run for political office in Maryland in 2012 and 2014 because of the conditions he observed on the streets of Baltimore, noting he was a “street cop and federal agent in the city of Baltimore.”

“I would say to the President and anyone else right now: don’t you dare run away from this argument. This argument is long overdue,” Bongino warned. [Emphasized]

President Trump was criticized over the weekend after he called out Rep. Elijah Cummings (D-MD) a “brutal bully” for his treatment of Border Patrol officials at committee hearings — and put the spotlight on Cummings’ district as “far worse and more dangerous” than the southern border.

“Cumming[s’] District is a disgusting, rat and rodent infested mess. If he spent more time in Baltimore, maybe he could help clean up this very dangerous & filthy place,” Trump urged.

Dan Bongino said the people of Baltimore are “good people who have been let down” by liberal policies. “Liberals don’t you dare run away from this. And Mr. President, please God, keep the heat on them,” he recommended. (Continued Below)

“Liberals have destroyed and decimated these cities, they have been a forest fire,” Bongino continued. “In the 1950s Baltimore was one of the wealthiest cities in America. It has been driven into the ground by monopolistic liberal control. The government did this to people.”

“There is nothing wrong with the people of Baltimore. These are people looking for safety and prosperity. Thank God the president brought the heat to these Democrat politicians who have destroyed those cities. When is the accountability gonna start?” he asked.

“It better start now. Don’t dare run away from this argument anyone. It’s long overdue,” Bongino reiterated. (Continued Below)

He noted that “whenever liberals cannot defend their position, which they can’t, they scream you’re a racist, you’re a misogynist, you’re a ‘ist-ta- phobe-a-phobe.’ Any word with an ‘ist’ or a ‘phobe’ at the end you are.”

“Ignore it. Nobody pays attention to these idiots anymore anyway… with this ‘racist stuff.’ They’ve diluted the word so much, the sad part is actual racists make get away with it because liberals call everybody a racist. Nobody cares what they say,” Bongino added after Democratic lawmakers called the President racist for his tweets about Baltimore.

He believes that Democrats are resorting to calling the President racist “because their fear right now is the national conversation is gonna change and a bunch of people are gonna start looking and go ‘Wait, who did destroy Baltimore? It wasn’t Donald Trump; he was building up New York– building buildings up there, while Democrats were busy tearing down the great city of Baltimore.’ That’s a fact! You could put a stamp on that sucker.”