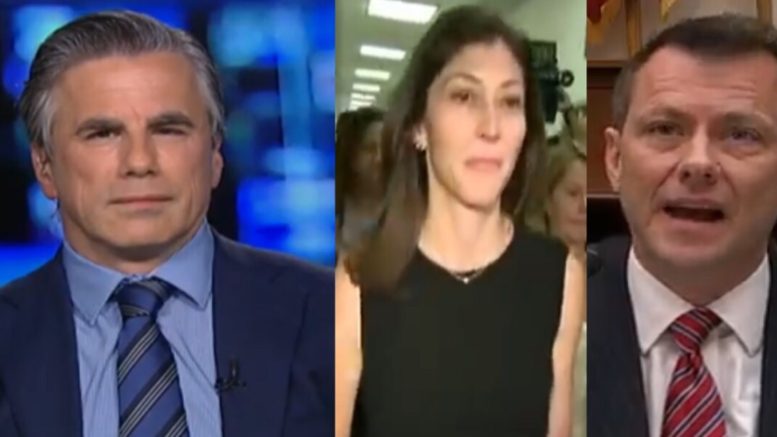 Judicial Watch announced in a press release on Monday that U.S. District Court Judge Reggie B. Walton last week ordered a hearing on Tuesday, July 30, 2019, regarding the rate of production of emails, text messages, and other communications between former FBI official Peter Strzok and former FBI attorney Lisa Page.

The hearing comes in a January 2018 Freedom of Information Act (FOIA) lawsuit for all communications between Strzok and Page.

According to Judicial Watch, the Court scheduled the hearing to discuss: “Upon further consideration, the Court is concerned that the processing rate adopted by the Court may be inadequate.” The Court’s July 24th order follows a joint status report by the FBI and Judicial Watch that discloses that only 6,000 of almost 20,000 responsive records have been processed since May 2018.

Strzok and Page were key investigators in the Clinton email and Russia collusion investigations. Strzok was removed from the Mueller investigative team in July 2017 and reassigned to a human resources position after it was discovered that he and Page, who worked for FBI Deputy Director Andrew McCabe, and with whom Strzok was carrying on an extramarital affair, exchanged pro-Clinton and anti-Trump text messages. Page resigned in May 2018. Strzok was dismissed from the FBI in August 2018, as reported by JW.

Judicial Watch President Tom Fitton said on Fox News Monday night with host Sean Hannity that “There are 13,000 more pages. The FBI is taking the position that they generally shouldn’t have to ‘turn over text messages.’ So we don’t know what text messages are being withheld.”

He added, “The court has looked at the production schedule. There’s been 20,000 records generally, over the last year and a half. They’ve only processed 500 per month, about 6,000. So [the judge] is looking and seeing 13,000 records still to be produced.” (Continued Below)

“The FBI has been slow-rolling the release of Page-Strzok communications and is still hiding all their infamous text messages,” stated Fitton. “We hope the Court recognizes the pubic interest in ensuring the FBI quickly releases key documents about the biggest scandal in American history – the Spygate abuses targeting President Trump.”