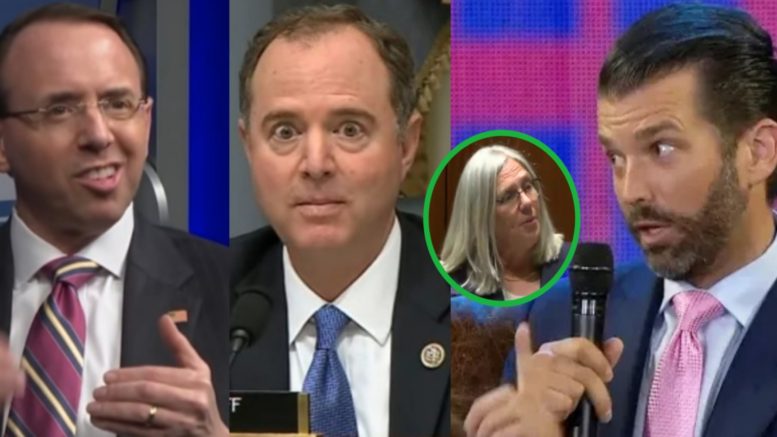 President Trump is back to square one on selecting the next nominee to replace Dan Coats as Director of National security.

On Friday, Trump announced that John Ratcliffe turned down Trump’s decision to nominate him as the next DNI. The President cited Ratcliffe’s current and pending poor treatment by the media and the left as reasoning for why Ratcliffe decided not to move forward.

As news of Ratcliffe’s decision began to circulate, Congressman Adam Schiff put in his two cents of who he thinks Trump should pick as the next DNI.

According to Fox’s Chad Pergram, Schiff said, “Sue Gordon is superbly qualified to serve as Acting Director of National Intelligence. Rather than seeking to sideline Sue Gordon, the President should recognize that she would be an excellent candidate to replace outgoing Director Coats.”

Donald Trump Jr. came forward and shut both Schiff and Rosenstein down after seeing their endorsements.

Don Jr. said, “If Adam Schiff wants her in there, the rumors about her being besties with Brennan and the rest of the clown cadre must be 100% true.”

He then retweeted Rosenstein’s tweet where he endorsed Gordon, and captioned it, “As I was saying…” See Below

If Adam Schiff wants her in there, the rumors about her being besties with Brennan and the rest of the clown cadre must be 100% true. https://t.co/lC1mRsxNgJ

As I was saying… https://t.co/UbX62xwEWn