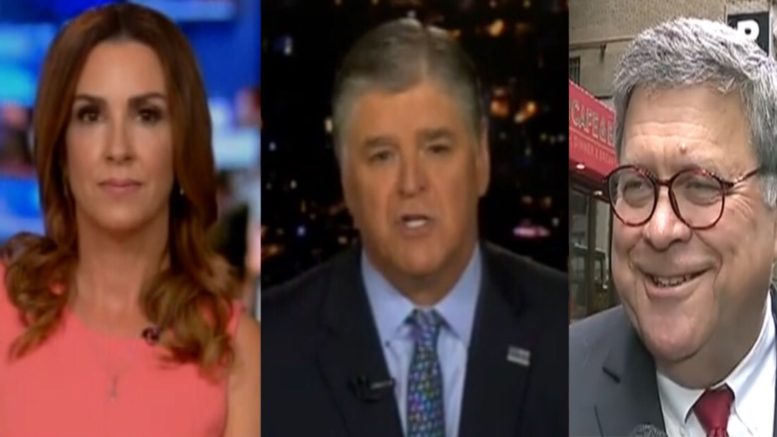 Strzok on Tuesday filed a lawsuit against the FBI and the Justice Department, accusing officials of caving to pressure from President Trump to fire him last year over texts he sent during the 2016 campaign disparaging Trump.

Peter Strzok’s lawsuit claims the FBI violated Strzok’s First and Fifth Amendment rights by dismissing him over perceived bias in his texts and denied him due process by refusing to allow him to challenge his firing. It further claims that the DOJ violated his right to privacy by leaking the text messages to reporters before Congress had seen them.

Alan Dershowitz believes that Peter Strzok should have been fired the day his text messages became public. (Strzok was working on Robert Mueller’s team at the time.) “You can’t be a member of the FBI and try to influence the outcome of an election against the will of the voters. I think he was appropriately fired. I think his lawsuit sounds to me, frivolous. He wasn’t fired for partisan political reasons, he was fired because he didn’t show the objectivity and neutrality required of a federal agent, particularly a member of the FBI,” he said.

Dershowitz noted that the FBI is a great agency who lives by its neutrality and objectivity. “He violated those principles; he was appropriately fired. His lawsuit, it seems to me, has no basis,” he added.

The discharge decision was made by [FBI] Deputy Director David Bowdich. Sara Carter said, “Bowdich did the right thing. He saw what was going on and it’s exactly what Alan Dershowitz said. [Strzok] wanted to stop the President, he talked about an insurance policy. The cornerstone of Quantico for the FBI– for FBI agents going through the process of becoming agents and serving their country in a noble way is to put aside all political bias, especially during an investigation.” (Continued Below)

Carter noted the second the reason Strzok should have been removed: “Because he was having an affair. Here is a guy on the Russia desk having an affair with another person inside the FBI, both of them married. Think about the national security implications of what he was doing… if the Russians had any information…”

Turning the subject to investigating the investigators, Dershowitz said, “We have to one rule of law applied to everybody. But the rule of law that I would apply to everybody would be to stop accusing people of crimes when we should of had an independent commission in where everything came out. I love what Judicial Watch is doing; bring everything out. Bring everything out into the light of the public. Sunlight is the best disinfectant.”

“When you have a special counsel operating behind closed doors, we only get tidbits, we get redacted reports, we get the Mueller report, which didn’t contribute at all to trying to prevent Russia from doing this again. We needed a commission with teeth to be able to come up with ideas to stop this from happening in the future,” he added. (Video Below)

Before concluding the segment, Sean Hannity said, “I have my sources confirming to me tonight, at very high levels that by the time [John] Durham is done with his job and the Attorney General is done with his job, and the investigation is complete– adding into it the Inspector General [Michael] Horowitz, ‘It will shock the conscience of a nation.’ That is a quote.”

Carter agreed and replied, “Absolutely. I have been hearing today from my sources, very senior level sources that John Durham’s investigation is moving full steam ahead and the information that the public will hear in the upcoming months will ‘shock the conscience, and I think will satisfy quite a few people.”

(Related: Trey Gowdy Slams Strzok For Not Suing Robert Mueller In His Lawsuit: ‘Mueller Fired Him’)