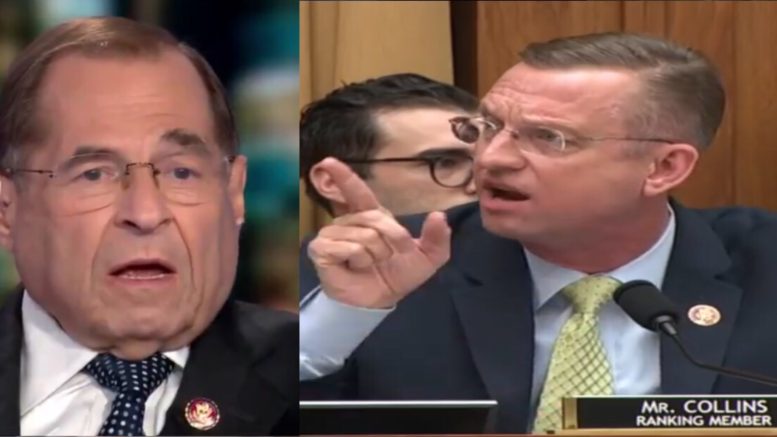 During a segment with CNN’s Erin Burnett, Nadler said his probe amounts to “formal impeachment proceedings.”

Nadler said he is not waiting on the House Speaker but claimed that she has been “very cooperative and that he couldn’t file without her.”

“‘This is formal impeachment proceedings.‘” Nadler announced. “We are investigating all the evidence, we’re gathering all the evidence and we will at the conclusion of this, hopefully by the end of the year, vote [on] articles of impeachment onto the House floor, or we won’t. But, that’s the decision we will have to make. That’s the exact process that we’re in right now.” [Emphasized] (Continued Below)

“Chairman Nadler is either [uninformed] about what a formal impeachment inquiry is or he is deliberately misleading the American public to score cheap political points,” Collins said.

“Which is it, Chairman? #moveon”, he added. (Video Below)

Chairman Nadler is either uniformed about what a formal impeachment inquiry is or he is deliberately misleading the American public to score cheap political points. Which is it, Chairman? #moveon https://t.co/OYa3euFPEz

(Related: Rep. Gaetz & Geraldo Expose What Nadler’s Kavanaugh Probe Is Really All About: ‘He Wanted To Be Famous’)